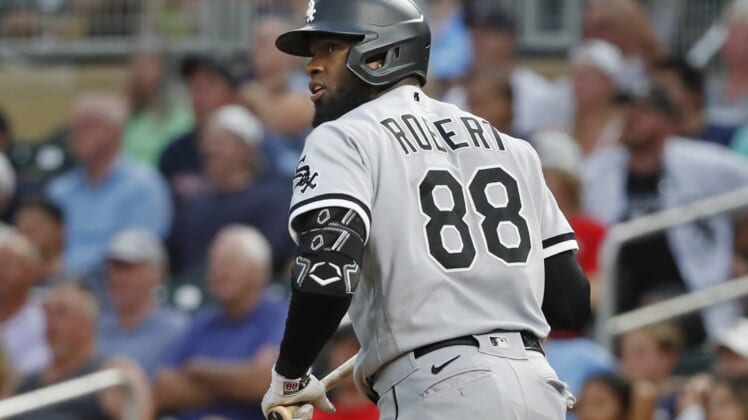 Chicago White Sox outfielder Luis Robert is scheduled to see a specialist for lightheadedness following a two-game absence from the lineup over the weekend.

Robert missed the Saturday and Sunday games with the Minnesota Twins. He said he felt dizzy in the second game of the series at Target Field on Friday, exiting the game following one plate appearance.

Manager Tony La Russa said the White Sox were not planning to place Robert on the injured list, opting to rest him for the final games of the series entering the All-Star break. Robert is expected to see a specialist because he was still not feeling normal on Sunday.

“He is still not feeling right,” La Russa said Sunday, noting the White Sox expected him to see doctors Monday.

La Russa also said the team will need to make a decision on the roster status of outfielder Eloy Jimenez. Jimenez is nursing a sore right leg and did not play in the four-game series with the Twins.