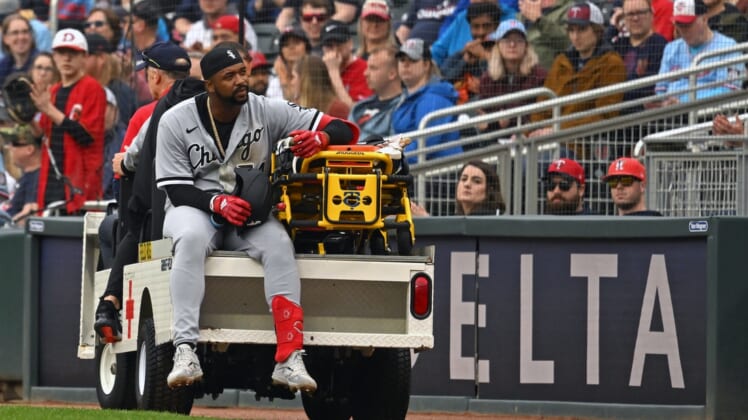 Jimenez, 25, sustained the injury when he landed awkwardly on first base in the second inning of Saturday’s game versus the host Minnesota Twins.

Giolito, who will start Sunday’s game against the Twins, has been on the injured list since he came away from his season-opening outing against the Detroit Tigers with an abdominal strain.

Giolito, 27, gave up just one hit over four scoreless innings on April 8. In seven major league seasons, six with the White Sox, he is 42-38 with a 4.17 ERA and has finished in the top 11 of the American League Cy Young Award voting each of the past three seasons.

Burr, 27, has yet to pitch this season due to a right shoulder strain. He owns a 3-2 record with a 3.82 ERA in 58 career appearances (two starts) with the White Sox.