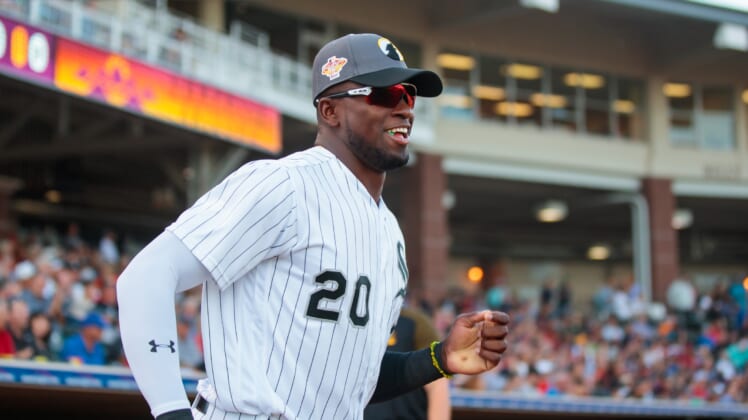 According to USA Today’s Bob Nightengale, Chicago is closing in on an extension with the prized 22-year-old outfield prospect, clearing the way for him to be part of the club’s opening-day roster in 2020. The deal is for six years and $50 million and carries two additional years under club options, per ESPN’s Jeff Passan.

Robert emerged as one of the best prospects in baseball this season thanks to an incredible season in the minors. He started the season at the High-A level and hit eight home runs with eight stolen bases and a .453/.512/.930 slash line in 19 games.

After receiving a promotion to the Double-A level, Robert continued to crush baseballs. The center fielder hit eight homers and swiped 21 bases with a .314/.362/.518 slash line in 56 games.

Robert’s domination at both levels led to his promotion to Triple-A Charlotte in July. He crushed a grand slam in his first game then went on to post a .297/.341/.634 line with 16 home runs and seven stolen bases in 47 games.

Coming off a season with a combined 32 home runs, 92 RBI and 36 stolen bases, Robert proved to the White Sox that he was ready for a spot in the MLB club in 2020. Now that he is under contract and not limited by potential service-time manipulation, he should be in center field for the White Sox on Opening Day.