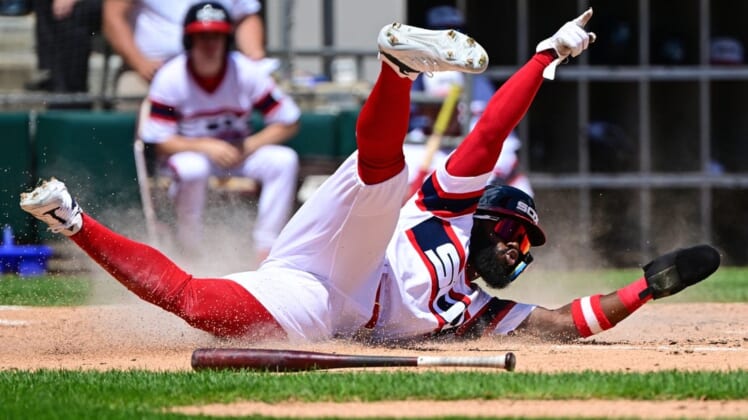 Joe Kelly, Kendall Graveman and Liam Hendriks combined with Cease (11-4) on a six-hitter, allowing the White Sox to take the three-game series after losing the opener 7-3 on Friday night.

Ramon Laureano homered, his 11th of the season, for Oakland’s only run.

After Laureano’s solo shot had opened the scoring in the top of the second, the White Sox took the lead for good in the bottom of the inning.

Abreu got the hosts even with a leadoff homer, his 12th, before a two-out double by Josh Harrison set up an RBI single by Leury Garcia and a run-scoring double by Seby Zavala for a 3-1 White Sox advantage.

Jimenez’s homer, his fifth, led off the seventh inning and completed the scoring.

A’s starter Adam Oller (1-4) was pulled one batter later, charged with all four White Sox runs on seven hits in 6 1/3 innings. He struck out six without issuing a walk.

Oller, who helped Oakland to wins over the Houston Astros in each of his previous two starts, worked into the seventh inning for the first time in his career.

Cease went six innings, allowing one run and four hits. He walked one and struck out seven.

The 26-year-old completed July with a fifth win in six starts. His only loss in the month was a 2-1 decision against the Detroit Tigers in which he allowed just one run in six innings.

Abreu and Garcia had two hits apiece for the White Sox, who completed their best month of the season at 16-11.

Laureano added a ninth-inning double to join Jonah Bride with two hits apiece for the A’s, who despite the loss finished their first winning month of the season at 14-12.