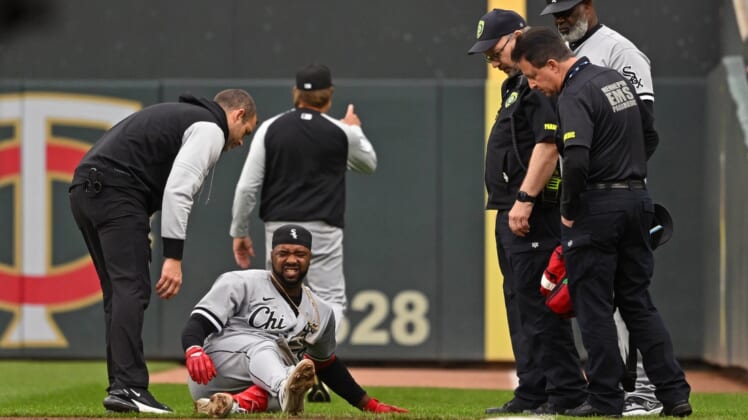 Chicago White Sox left fielder Eloy Jimenez had to be carted off the field with a right hamstring injury in the second inning after landing awkwardly after crossing first base while trying to beat out a grounder to third base during Saturday’s road game against the Minnesota Twins.

Jimenez landed on the bag with his left foot but then stumbled and crashed to the ground. He laid face-first down on the grass for several minutes while waiting for the cart to arrive but eventually got up and limped to the back of the cart under his own power.

Jimenez won a Silver Slugger Award in 2020. He is batting .222 with a homer and seven RBIs in 11 games this season.