White Sox hoping to get back on track vs. D-backs 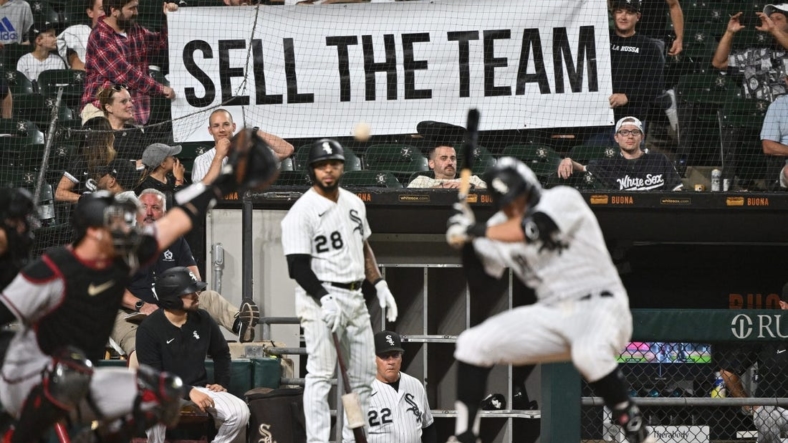 Aiming to salvage a game from the first series of a season-high, nine-game homestand, the slumping Chicago White Sox turn their focus to getting ace right-hander Dylan Cease back on track.

Cease enters Sunday’s start against the visiting Arizona Diamondbacks on the heels of Tuesday’s loss in Baltimore, when he yielded four runs and three hits in 5 1/3 innings with three walks and four strikeouts.

“I would just say I didn’t have it,” Cease said. “Every once in a while a game like that is going to happen. Not exactly sure why, but all I can do is get back on it.”

Pitching aggressively and attacking hitters from the beginning can only help Cease (12-6, 2.27 ERA), as Chicago catcher Seby Zavala sees it.

“Started off slow a little bit. Mainly just fastball command, everything else was good,” Zavala said of Tuesday’s outing. “Couple sliders left in the middle, but we just got to get back to the good fastball command.”

After losing 7-2 and 10-5 to open the weekend interleague series against Arizona, the White Sox have dropped eight of 10 overall to fall below .500 for the first time since July 29.

While the reigning American League Central division champions remain in the hunt for a repeat, their chances to get hot are dwindling.

A spate of injuries hasn’t helped Chicago, which received more bad news on the injury front Saturday, as manager Tony La Russa said third baseman Yoan Moncada would be placed on the 10-day injured list with a strained left hamstring.

Chicago initially had hoped to keep Moncada off the IL, but La Russa said the injury isn’t healing.

“I might have one of those games where we run out of players, and he’s got to go out there,” La Russa said. “It’s not worth risking.”

Strong outfield defense from Alek Thomas and Daulton Varsho has put Arizona on the verge of its first series sweep since taking three straight from the San Francisco Giants from July 25-27.

Diamondbacks manager Torey Lovullo said the duo is reminiscent of “a bunch of Labrador retrievers chasing down Frisbees at the beach.”

“They’re just gifted. They are very talented, athletic players that play fearless baseball. They trust their positioning. They trust their coaching. And then they go out and execute an unbelievable game plan,” Lovullo added. “Every time the ball goes up, I feel like it has a really good chance of getting caught, and it’s saved a lot of big innings.”

Veteran righty Zach Davies (2-4, 3.86) gets the call for Arizona. Davies was hit hard in his only previous appearance against Chicago, allowing seven runs and three homers in two innings. He has logged six straight no-decisions overall, his latest coming Tuesday, when Davies spaced one run and two hits in 5 2/3 innings at Kansas City.

Cease has not faced the Diamondbacks in his career but fared well in his most recent outing against a National League West opponent, defeating host San Francisco on July 2 behind five innings of one-run ball.