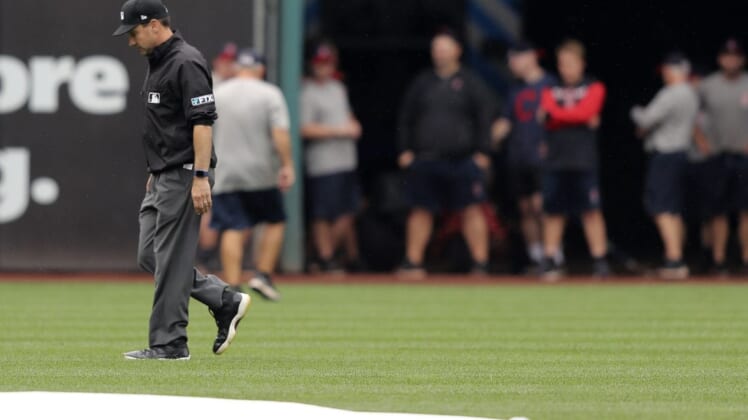 The Cleveland Guardians called off their home game against the Chicago White Sox on Sunday due to unplayable field conditions following a three-hour rain delay.

The American League Central rivals will reportedly make up their game Sept. 15.

The Guardians and White Sox were set to conclude a three-game series Sunday afternoon. Saturday’s game was also affected by a rain delay, with first pitch eventually coming at 9:05 p.m. ET. The White Sox finished off a 2-0 win a few minutes before midnight.

The White Sox were not scheduled to return to Cleveland again this season. Now they are expected to make a one-game stopover in Cleveland on a September Thursday before making their way to Detroit for a weekend series.

For the Guardians, the postponement adds a ninth game to an eight-day homestand in September.