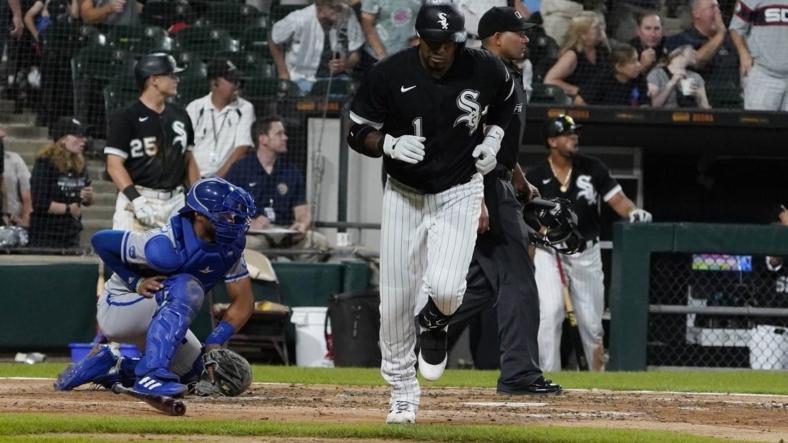 Chicago improved to 1-4 on a season-high, nine-game homestand that continues with a rubber match against Kansas City on Thursday afternoon.

While the Royals clinched the season series from the White Sox with Tuesday’s 9-7 victory, Chicago needs every win it can get in a pursuit to repeat as division champions.

La Russa was on hand for pregame activities Tuesday but received doctors’ orders not to manage about one hour before first pitch.

Kansas City, which saw its five-game winning streak against Chicago come to an end, made the home crowd squirm in the fourth inning Wednesday when Bobby Witt Jr. connected for the club’s fifth home run of the series. Witt’s team-high-tying 19th home run traveled an estimated 441 feet.

Pollock tied the game leading off the bottom of the inning, homering against Royals left-hander Kris Bubic. Andrus gave Chicago the lead in the fifth, hitting his first home run in 11 games since joining the White Sox following his release from Oakland.

Lynn (4-5) stymied the Royals behind seven innings of one-run ball, spacing four hits and eight strikeouts without walking a batter.

Liam Hendriks notched his 29th save in 33 chances, pitching around a two-out RBI single from Michael Massey that followed a triple from Michael A. Taylor.

Chicago added a pair of insurance runs in the seventh. Andrus contributed an RBI groundout before Jose Abreu delivered a run-scoring single. Romy Gonzalez had two hits for the White Sox.

Bubic fell to 2-10 despite registering a quality start, scattering two runs on five hits in six innings with four walks and one strikeout.

Royals catcher Salvador Perez was scratched from the starting lineup due to back tightness. The team says he is day-to-day.