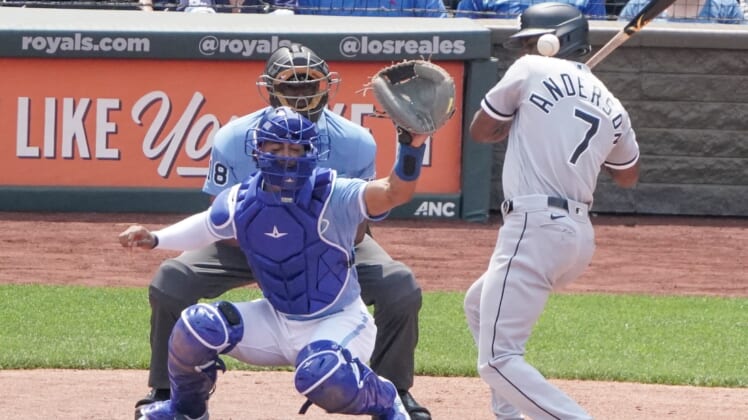 The Royals struck out 14 times and left 12 men on base, going 0-for-12 with runners in scoring position. The Royals have scored in only one of 19 innings since changing hitting coaches prior to Monday’s series opener.

Dylan Cease (4-1) earned the win an out short of a quality start. He allowed no runs on seven hits in 5 2/3 innings. He walked two and struck out nine, stranding runners in every inning.

Liam Hendriks picked up his 11th save in 14 chances.

Jonathan Heasley (0-2) took the loss. He pitched around trouble before finally surrendering three runs in the fifth. He allowed those three runs on just four hits in five innings.

Cease worked out of trouble early. Twice in the first three innings he faced a runner on third with one out and both times he struck out Perez and Ryan O’Hearn back-to-back.

The Royals had another chance in the fourth. Hunter Dozier led off with a single. He was still at first with two outs when Kyle Isbel looped a single to left center. Dozier slowed as he approached third and then bolted toward the plate and was out by several steps.

The White Sox got three runs in the fifth after stranding runners in three of the first four innings. They loaded the bases with no outs on a double by Reese McGuire and then a walk and hit batter. A.J. Pollock lined out to left to score McGuire. With two outs, Jose Abreu doubled to the wall in center to score two more.

Nicky Lopez led off the seventh with a double off reliever Joe Kelly, followed by walks by Whit Merrifield and Andrew Benintendi. But Carlos Santana — pinch-hitting for Perez — and Ryan O’Hearn each struck out and Hunter Dozier popped out to second to end the threat.