White Sox, Cubs aim for a rebound after big losses 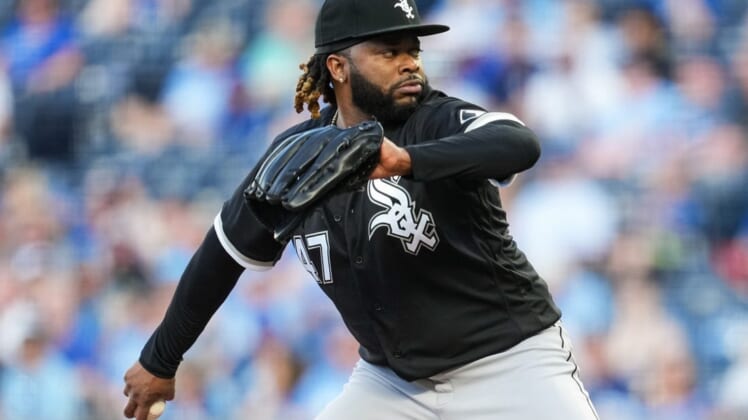 As teammates see it, one reason behind Cueto’s effectiveness is his quirky, changing delivery.

“He’s been awesome for us — works fast, he has all sorts of pitches to get them off-balance, shimmy shake,” Chicago outfielder AJ Pollock said. “It’s awesome to play behind him.”

The White Sox hope to reward Cueto for his efforts and salvage an abbreviated homestand when the team begins a two-game series on Saturday against the crosstown Chicago Cubs.

The Cubs surrendered their most runs since July 3, 1999, in a 20-5 road loss to the Cincinnati Reds, who recovered to win the final two games of a four-game set and earn a series split.

“It just felt like it was one of them days. Anything they touched was finding a hole, and definitely so in that (eight-run) third inning,” Cubs starter Justin Steele said.

Cubs right fielder Seiya Suzuki suffered a sprained left ring finger on a play at second base in the fourth inning and left the game. Manager David Ross said X-rays were negative, and Suzuki will undergo further evaluation.

The White Sox are coming off Thursday’s 16-7 loss to the Boston Red Sox, who outscored host Chicago 33-13 in winning two of three. The White Sox allowed multiple runs in five of Boston’s nine turns at bat on Thursday.

The White Sox swept the host Cubs in a two-game series from May 3-4 as part of a six-game winning streak, but are 8-9 since.

Cueto has helped steady the starting rotation, if not the team’s won-loss record. The veteran signed a minor league deal with the White Sox in the offseason after a 7-7 campaign with the San Francisco Giants in 2021.

Chicago recalled Cueto from Triple-A Charlotte this month, and he wasted little time in making an impression. For the first time in a 15-season career, he has started a season with consecutive scoreless outings of at least six innings.

Thompson is set to oppose him as the Cubs begin a stretch of 11 games in nine days. Eight of his 10 appearances this season have come in relief, but Thompson logged five scoreless innings against Pittsburgh in his most recent start on May 17.

Thompson has pitched to a 7.94 ERA in two career appearances against the White Sox, including one start. He faced the South Siders in relief May 3, allowing a solo home run to Tim Anderson among four hits in 3 2/3 innings.