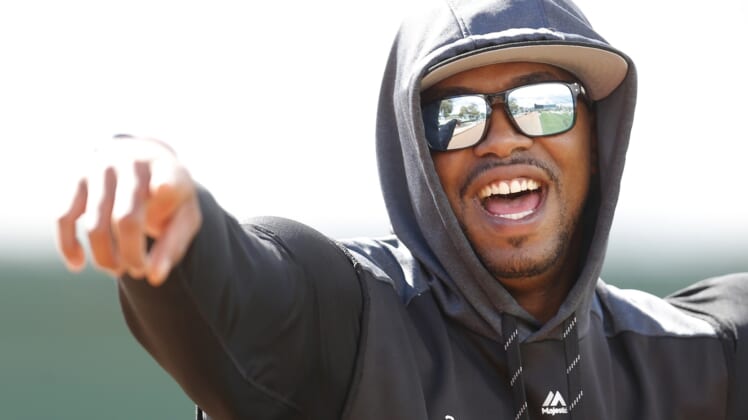 The Chicago White Sox and star prospect Eloy Jimenez reportedly came to an agreement on a new contract on Wednesday.

Jeff Passan of ESPN reported that it was a six-year deal worth $43 million. Ken Rosenthal of The Athletic added that there are two option years. Passan also added that Jimenez will now start the year with the big club.

For fans of the White Sox — and baseball in general — this is both good and bad.

First for the good news: A star prospect gets to play in the majors.

But unfortunately, that’s where the good news stops.

The bad news: It’s now abundantly clear that the White Sox only kept Jimenez down to manipulate his service time.

For all the world, this looks like Chicago was going to keep Jimenez down until mid-April to get an extra year of service time — similar to what the Chicago Cubs did with Kris Bryant in 2015. But now that Jimenez has this new contract, that’s no longer a concern.

Service time manipulation is awful: It benefits absolutely nobody, with the possible exception of cheap franchises.

Now, Jimenez has signed a contract. And despite having a rough spring training, is now set to be in the Opening Day starting lineup less than a week after being demoted to Minor League camp.

So, we have to look at what happened in the mean time: Jimenez signed a very team-friendly deal.

That, of course, is good. The problem is that teams are going to see this and naturally, they’re going to wonder if they can do the same thing with their prospects.

Essentially, teams have incredible leverage over any prospects. And, especially when dealing with prospects that come from poorer backgrounds, the teams can essentially tell them to sign the team-friendly deals or risk be sent down.

Mind you, we’re not saying that the White Sox strongarmed Jimenez in such a way. But it’s certainly something that can be done by teams with less than noble intentions.

And in an offseason that’s already seen a lot of labor unrest, that’s a very bad thing.