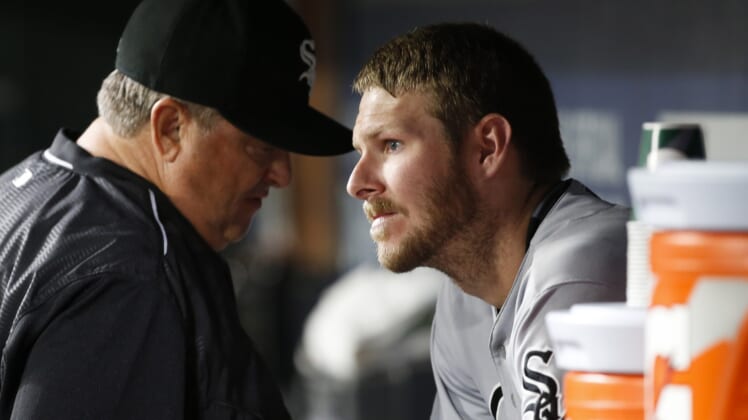 The whole idea that Chris Sale was scratched from his Saturday start due to a cold seemed a bit fishy in the first place.

Once reports indicated this actually wasn’t the case and the White Sox came out with a statement telling us a vastly different story, most of the baseball world knew something was up.

Official: Chris Sale has been scratched from tonight’s scheduled start.

There’s so much to dissect here. What was the clubhouse incident? Did it involve a spat with another teammate? Maybe a member of the organization not on the roster? Heck, could this be a cover story that takes the focus off him potentially being dealt?

After all, rumors continue to persist that Chicago has been engaged in trade talks with the Texas Rangers surrounding Sale.

#Rangers and #WhiteSox have had trade discussions regarding Chris Sale in last 48 hours. I do not know if those talks have progressed.

The reality of the situation is that none of us know what’s going on here. Sale has not been traded. That much has been confirmed by baseball insiders. This obviously doesn’t mean he’s not going to be moved before the August 1st deadline.

In fact, depending on exactly what happened regarding the “clubhouse incident,” the chances of Sale being dealt could improve.

We’ll obviously have more on this as information trickles in.