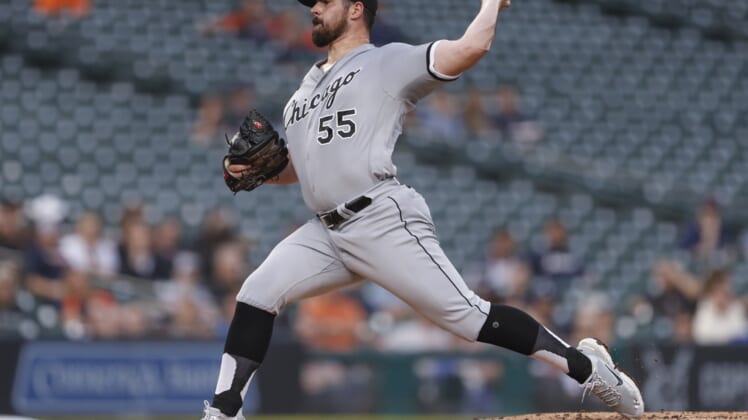 Keuchel is one of nine players on the taxi squad eligible to be added in the event of an injury, or if the AL Central division champs required a COVID-19 replacement.

The White Sox open the postseason at Houston, but Keuchel won’t likely be on the field against his former team.

Left-hander Carlos Rodon was included on the 26-man roster and general manager Rick Hahn said Rodon was “ready to contribute.”

Rodon dealt with soreness in his left shoulder and spent time on the injured list.

The White Sox gave him the green light after Rodon pitching five innings on Sept. 29. Rodon made the All-Star team and was 13-5 with a 2.37 ERA in 132 2/3 innings pitched this season with 185 strikeouts.

His velocity on Sept. 29 was markedly reduced, topping out in the low 90s.