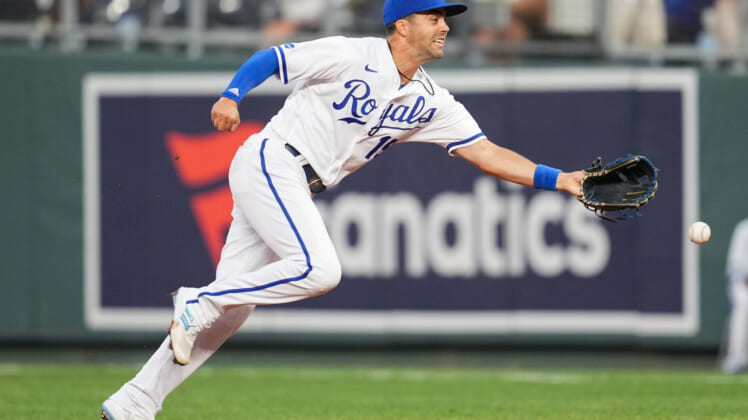 Toronto entered August looking for another bat to strengthen its lineup, while also desiring more speed on the base paths. With Juan Soto heading to the San Diego Padres, the Blue Jays found their solution from a rebuilding American League team.

As reported by MLB insider Mark Feinsand, Merrifield is headed to the Blue Jays with prospects Samad Taylor and Max Castillo joining the Royals’ organization.

Kansas City has entertained trade offers for Merrifield at each of the past three MLB trade deadlines. However, the franchise always opted to keep its homegrown star. Unfortunately, the return is much less significant than what they could have received if Merrifield was dealt a year ago.

Taylor, a 24-year-old at the Triple-A level, rated as the 16th-best prospect in the Blue Jays’ farm system (MLB Pipeline). He should make his debut for the Royals at some point before the 2022 MLB season concludes.

Castillo is a 23-year-old righty who has pitched 20.2 innings in the majors this season, compiling a 3.05 ERA and 8.71 K/9 with a majority of his work coming out of the bullpen. A starter for a majority of his minor-league career, Kansas City’s lack of rotation depth could offer him a chance to earn a few starts in August and September.