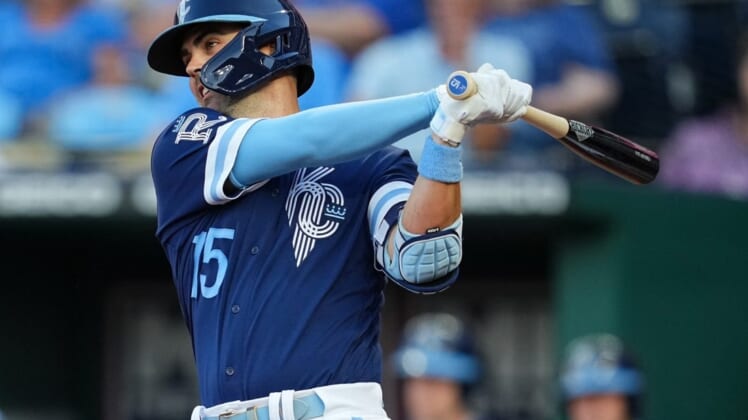 Kansas City Royals second baseman/outfielder Whit Merrifield is in a walking boot and will be sidelined until after the All-Star break with a bone bruise and ligament swelling in his right toe.

The Royals play a doubleheader Monday against the Detroit Tigers.

“It’s unfortunate it had to happen this way,” Merrifield said Monday, per MLB.com. “I’ve been lucky, a good word for some instances, but I put myself in a position to play every day physically, mentality-wise, I show up ready to play no matter the circumstances.”

Merrifield, 33, was injured in the fourth inning of Sunday’s game against the Cleveland Guardians, Royals manager Mike Matheny said. Merrifield exited the game and was replaced at second by Nicky Lopez while Emmanuel Rivera entered the game at third and replaced Merrifield in the leadoff spot.

It’s not yet clear if the Royals will put Merrifield on the injured list.

The Royals did make three moves Monday. They recalled left-hander Angel Zerpa from Double-A Northwest Arkansas and appointed him as the 27th man for the twin bill.

They also reinstated LHP Daniel Lynch from the IL and designated LHP Foster Griffin for assignment.