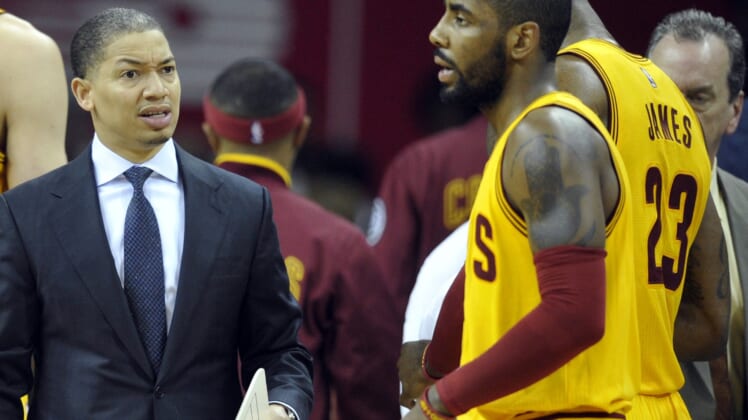 Whataburger took a vicious shot at the downtrodden Cleveland Cavaliers following a devastating loss at home in Game 3 of the 2017 NBA Finals.

The Cavaliers had the Golden State Warriors right where they wanted them in the fourth quarter. Up by the score of 113-107 with just over three minutes left, they appeared poised to make it a competitive series.

With the crowd on their side and the Warriors struggling to maintain cohesion on offense, this was their chance. Win this game, and suddenly it’s a series they know they can win.

That didn’t happen. In fact, the Cavs didn’t score another point. Golden State won the game, 118-113, thanks to a complete choke job by Cleveland offensively and a dominant close-out performance by Kevin Durant and Stephen Curry, who combined to score the game’s final 11 points.

The Cavaliers couldn’t find a bucket in the game’s final minutes. It’s true.

But that’s what we call kicking a guy while he’s down. Or in this case, an entire team, and its loyal fans.