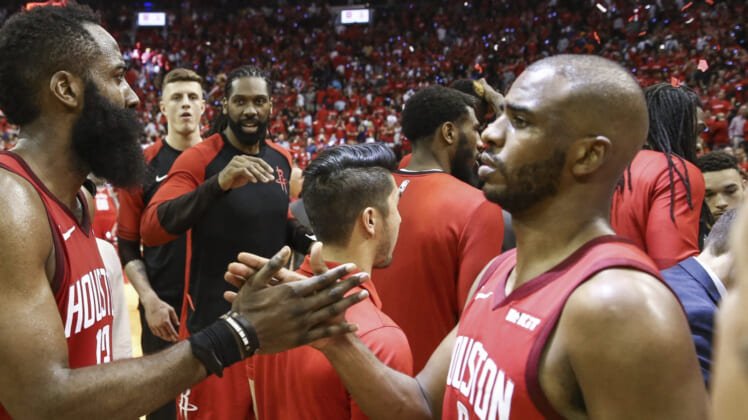 Report of tension between James Harden and Chris Paul comes on the heels of their Houston Rockets losing in the second round of the NBA Playoffs.

Said loss was especially devastating in that it came against the Golden State Warriors with Kevin Durant sidelined for the final game to injury.

All the while, Rockets head coach Mike D’Antoni has indicated he’d like to coach two or three more seasons. Whether that happens remains to be seen.

On the court, Rockets general manager Daryl Morey could look to reshape the roster in a big way. Here’s how this might play out.

No draft capital: Houston is without a pick.

The Chris Paul dynamic: He might not be a tradable asset.

Now that Paul is gone: This trade would force Houston to look for a point guard.

It’s rather clear that the current version of these Rockets can’t compete with Golden State out west. They couldn’t even come out on top in a win or go home Game 6 without Durant in the mix.

It’s time for Houston to change things up. What we listed above were simply ideas. Morey is one of the best general managers in the game. He’ll do what’s needed to improve the Rockets behind soon-to-be two-time MVP James Harden.