What can the Browns realistically get for Odell Beckham Jr. in a trade? 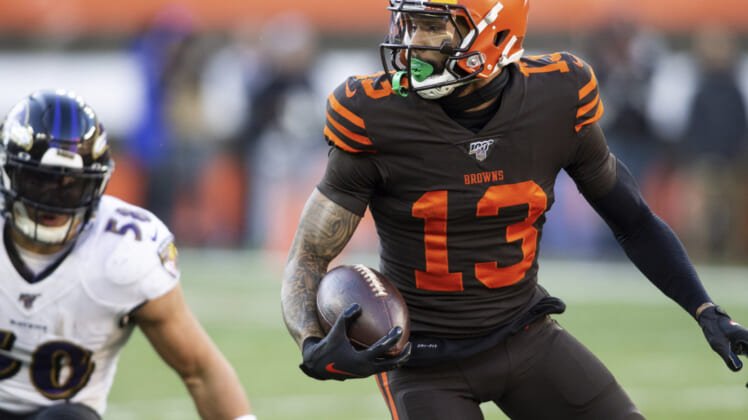 There’s a new man running the ship in Ohio, and he has no built-in connections with the previous regime that acquired Odell Beckham Jr. in a blockbuster trade last offseason.

What this means: Rumors have persisted since a disastrous 2019 season for both the player and his team that Odell Beckham Jr. could be traded this offseason. It’s not an unlikely scenario.

Drama in Cleveland: By now it’s well known that OBJ had issues with former Browns head coach Freddie Kitchens. The Pro Bowler also continues to be a distraction for the Browns.

On the field: It’s worth repeating that both Beckham Jr. and the Browns are coming off horrible 2019 performances. The marriage might not be one worth salvaging.

If on the block: The question would now become what Cleveland could reasonably net for Beckham Jr. in a trade. The scenarios are not too limited.

Despite his off-field issues and the fact that he’s coming off a career-worst season, Beckham Jr. would still be of value on the trade market.

Given Cleveland has a whole new front office structure in place, it would not be a shock to see the team move its star receiver. If that’s the case, a trade to an NFC contender likely makes the most sense.

It’s certainly something to pay attention to as the Super Bowl wraps up the NFL season and the offseason gets going in a few weeks.