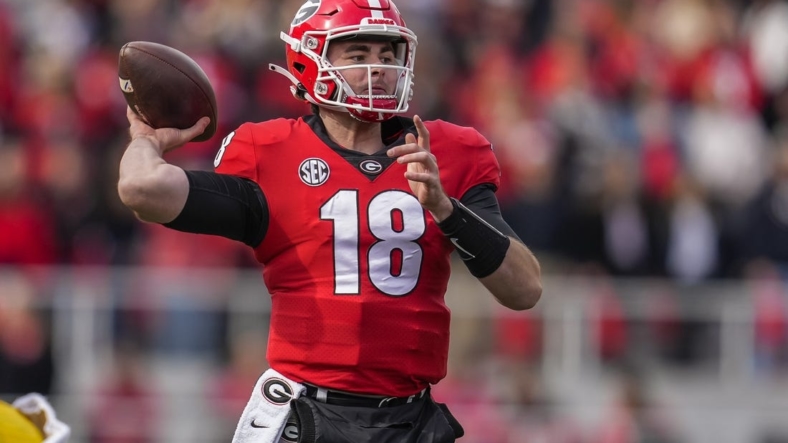 West Virginia named transfer JT Daniels its starting quarterback Monday ahead of its season opener against No. 17 Pittsburgh.

Daniels joined West Virginia in May, selecting the Mountaineers over Missouri and Oregon State.

“He’s earned the right,” WVU coach Neal Brown said. “Decision making is what won the job for him. I have a lot of confidence in him and how he will start in the opener.”

Thursday’s matchup between WVU and Pitt will feature two former Southern Cal quarterbacks — Daniels vs. Kedon Slovis. Daniels started 11 games for USC in 2018 before transferring to Georgia in 2020 after a knee injury opened the door for Slovis, who started 27 games for USC from 2019-21.

Daniels completed 68 of 94 passes for 722 yards with seven touchdowns and three interceptions in five games last season with national champion Georgia. He battled oblique and lat muscle injuries during the season.

Daniels beat out returning quarterbacks Garrett Greene and Will Crowder and incoming freshman Nicco Marchiol for the starting job in Morgantown. Jarret Doege, who started the past two seasons, transferred to Western Kentucky and then Troy.

WVU and Pitt are playing in the Backyard Brawl for the first time since 2011.