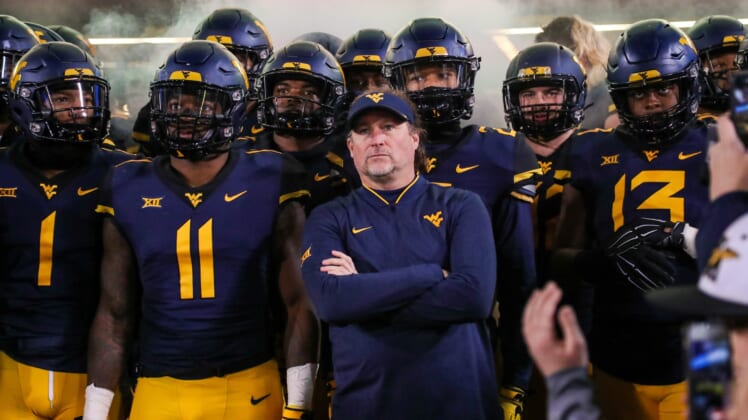 Last season, West Virginia had an odd relationship with the Texas Longhorns that involved multiple penalties for the “horns down” hand signal.

After the game-winning play during the first week of November against Texas, Will Grier and David Sills were both penalized for flashing the “horns down” sign at the crowd.

The mini feud extended weeks after the two teams met up, as the Mountaineers used the “horns down” sign to call a play against Oklahoma State, as well, which just so happened to be that same play.

Fast forward to this year, and the Mountaineers are still trolling the Longhorns within their own team facilities building, Milan Puskar Center.

It’s officially a “thing” inside the Puskar Center. #WVU pic.twitter.com/x2ADG17J92

This is some NBA-level petty, and we are so here for it.