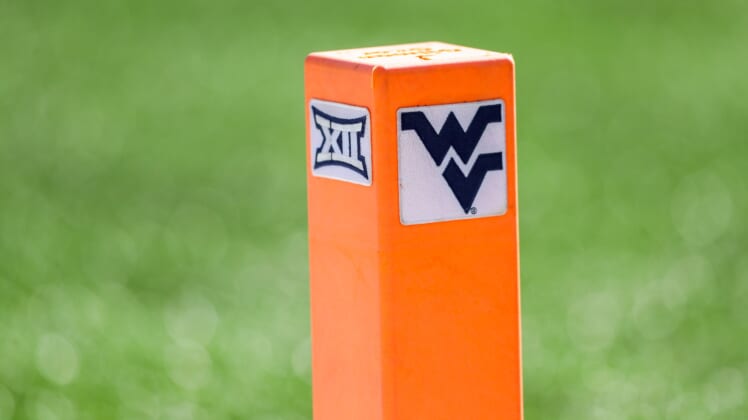 He started by sharing how he has “dealt with mistreatment and racism growing up in West Virginia, but I never would have thought I’d deal with it while at a school I’m supposed to be able to call home with my position coach, Vic Koenning.”

Here’s Martin laying out a scenario in which he accuses Koenning of “antagonizing” a player over religious beliefs.

“Starting back to spring ball 2019 before guys started to transfer, Coach Vic has antagonized Derrek Pitts for believing in something that he didn’t believe. He would make remarks about the Bible and talk about religion in front of Derrek, making him want to question the things he believed.”

Later on in the shared message, Martin wrote that Koenning has pulled the Bible out to read scriptures to him — a young man who has different religious beliefs.

Martin also wrote that his high school coach shared the opinion that Koenning has a “Slave Master” mentality. Then, he detailed an instance where he says Koenning called him “retarded.”

“In the month of June, 3 weeks after we had reported back to campus for summer workouts, I had my first incident with him after a mistake I made on the field that he called me retarded for doing the wrong technique. I have family members that are actually mentally ill and for him to say that hurt me because it was an action we could fix, especially in that situation because I never was taught what to do in the situation I was in.”

After detailing that encounter, Martin shared that he has had meetings with head football coach Neal Brown “about the mistreatment I have received from Coach Vic.”

Koenning has also allegedly talked politics with players in team meetings. Martin alleges he has discussed how President Donald Trump should “build the wall and keep Hispanics out of the country” while leading a meeting with a Hispanic player in the room.

Martin also alleges that Koenning has said of the protests, “if people didn’t want to get tear gassed, or push back by the police then they shouldn’t be outside protesting.”

Martin explains why he spoke up about Koenning

It seems clear that Martin isn’t trying to bury Koenning out of any sense of malice. However, he also seems to want the university to remove the coach.

“No, Coach Vic isn’t a bad person and he does mean well in many [different] aspects but his heinous towards us over rules the good things he has done and many of us are uncomfortable with being around him.”

Finally, Martin shared that he hasn’t told anyone outside of his own family about all this previously but felt he had an obligation to share it now.

His reasoning for not sharing previously is understandable:

“…I didn’t want to bring negativity to the program but with everything going on and for him to still act this way and feel okay with saying what he said is not okay. Enough is enough.”

A bit later on, Martin tweeted the following:

Other college coaches have recently been accused of racism as well

Koenning isn’t the first coach to be called out for racism and mistreatment recently. Since the murder of George Floyd on May 25, other players have stepped up to call out their coaches as well.

Additionally, on Monday Mississippi State star running back Kylin Hill threatened to leave the Bulldogs. His issue lies with the Mississippi state flag, which bears an emblem from the Confederate flag.

Young athletes are starting to realize they have a voice to demand change. It’s making a difference. Now, we’ll see what the West Virginia football program has to say about these allegations from Martin about Koenning.