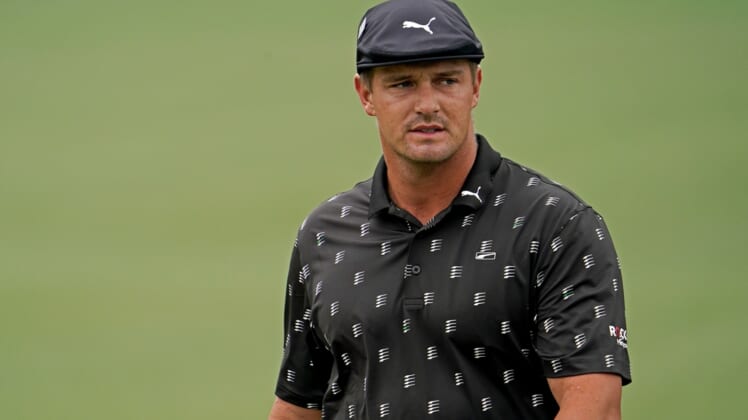 The PGA Tour returns to Quail Hollow Club in Charlotte this week for the Wells Fargo Championship, which was canceled last year due to the coronavirus pandemic.

With only two events remaining before the PGA Championship, four of the world’s top five players are in the field: No. 2 Justin Thomas, No. 3 Jon Rahm, No. 4 Xander Schauffele and No. 5 Bryson DeChambeau.

NOTES
–No player has successfully defended at the event, but Homa is coming off a T6 last week and has four top-10s in 18 starts this season.
–The event will be played at TPC Potomac at Avenal Farm in Maryland next year with the 2022 Presidents Cup being held at Quail Hollow.
–Phil Mickelson will make his 17th consecutive start at the Wells Fargo. He holds the tournament record with 10 top-10 finishes.
–Brendan Todd withdrew on Tuesday after testing positive for COVID-19 and was replaced by J.J. Spaun.
–Rickie Fowler has only two top-10s in 29 events since the start of 2020 and has fallen to 116th in the world rankings.

BEST BETS
–Thomas (+1000 at DraftKings) is coming off a T13 last week. His best finish in three previous event starts was a T7 in 2015, but he did win the 2017 PGA Championship at Quail Hollow. Thomas saw his odds lengthen from +900 as he has been backed by a modest four percent of the handle and total winner bets.
–Rahm (+1000) finished fourth in his lone previous appearance in 2017. He has four consecutive top-10 finishes this year. However, he is not among the top 10 in terms of money placed on this week’s outright winner.
–DeChambeau (+1350) finished fourth in 2018 after missing his first two cuts at the Wells Fargo. He has not competed since a T46 at the Masters. DeChambeau was offered at +1500 on Tuesday but leads the way at DraftKings with the public backing him with 11 percent of the winning handle.
–Rory McIlroy (+1700) has dropped to No. 15 in the world. He tees it up for the first time since missing the cut at the Masters and is a two-time Wells Fargo champion (2010, ’15). He has five other top-10s in nine previous appearances.
–Viktor Hovland (+1900) enters ranked a career-high 11th as he makes his first start at Quail Hollow. No one has been backed by more than the seven percent of outright winner bets placed on Hovland, who has also drawn nine percent of the handle.
–Webb Simpson (+2000) calls Quail Hollow his home course, but has only two top-10s in 11 appearances, including the PGA.