Well actually, Tom Brady did not practice on Thursday 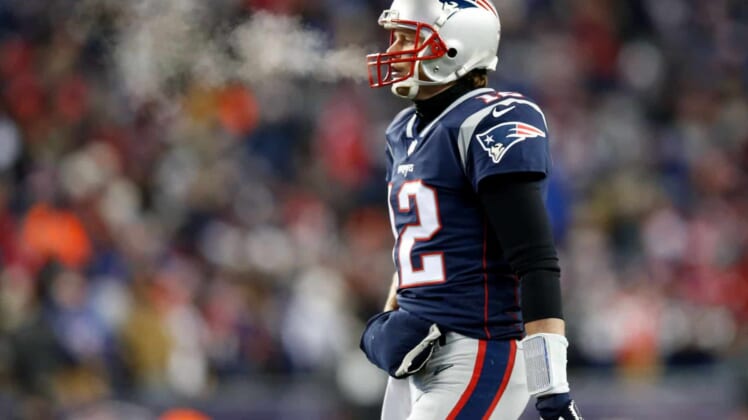 This has to be some concerning news to fans of the New England Patriots and the team’s brass. The whole football world was abuzz with news on Wednesday that Patriots quarterback Tom Brady suffered a right hand injury that forced him to put in a limited practice.

Then, on Thursday, Brady was seen out on the practice field wearing a glove on the impacted hand. All seemed to be good, right?

A new report from NFL Media’s Ian Rapoport notes that Brady did not officially practice on Thursday.

#Patriots QB Tom Brady, officially, did not practice today. He was out there with the team, but did not do work with his injured hand.

Normally, the concern about a quarterback not being out at practice on Thursday would be extremely high. New England might very well be playing it cautious here, but it’s concerning that Brady couldn’t get any work in.

We will obviously have more updates as they become available. For now, we’re pretty sure the Patriots are a tad concerned over Brady’s injury heading into Sunday’s AFC Championship Game against the Jacksonville Jaguars.