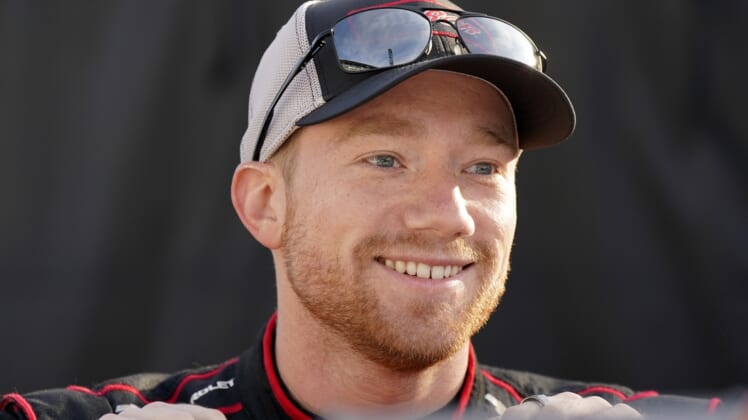 There’s one seat left at the playoff table.

After Kevin Harvick clinched on points with a 14th-place finish in last Sunday’s NASCAR Cup Series race at Michigan International Speedway, 15 of the 16 playoff berths have been filled.

Tyler Reddick currently holds the 16th playoff-eligible spot by 25 points over Richard Childress Racing teammate Austin Dillon, the only other driver who can clinch a berth on points in Saturday’s Coke Zero Sugar 400 at Daytona International Speedway (7 p.m. ET on NBC, MRN and SiriusXM NASCAR Radio).

If any of the 15 drivers ahead of Reddick on the playoff grid happens to win Saturday night’s event, Reddick can punch the final playoff ticket by scoring 31 points or more, no matter where Dillon finishes.

But the situation is far more complicated than a simple game of musical chairs between two drivers. Including Reddick and Dillon, there are 15 drivers who could steal the last playoff spot by winning the cutoff race at Daytona, a track that often has produced unexpected results.

There’s another major unknown. A reduction from 510 to approximately 450 horsepower introduces an unfamiliar element into the performance of the Cup Series race cars, as NASCAR strives to reduce closing rates and to keep the cars from getting airborne.

“We’ve just got one more hurdle and, unfortunately, it’s a big one,” Reddick said Wednesday during a video conference with reporters. “One with a lot of uncertainty — not just with who’s going to be running at the end, but how much different the car is going to drive with the different horsepower and so many drivers below the cutline that are all out of options and desperate going into Daytona to do whatever it takes to win and lock themselves in.”

Reddick would have had considerably more breathing room but for a flat-tire-induced late spin and 29th-place finish at Michigan. Contact with Brad Keselowski’s Ford sent Dillon’s Chevrolet hard into the outside wall moments after the second stage of the race ended.

Dillon crashed out in 36th-place after a promising start, but his superior performance in the first two stages kept him from losing ground to his teammate. And Dillon boasts an average finish of 14.8 at Daytona (including a Daytona 500 win) versus Reddick’s 27.8 average.

“There’s a lot on our plate, but we’re ready for the challenge,” said Reddick, who has won at Daytona in both the NASCAR Xfinity Series and Camping World Truck Series. “I was hoping we wouldn’t be in this position going into Daytona.

“But getting put through an experience like this, if we can overcome this, I think it will have us really prepared for the playoffs, and we’ll be really ready to go. We’ll feel like we conquered the first big mountain, and arguably the next one after it won’t be as severe. I could be totally wrong, but this is a lot of pressure on ourselves, RCR in general, and a lot of the field that isn’t locked in.”

There’s still a battle at the top of the playoff grid, too. In the race for the regular season championship, Kyle Larson leads Denny Hamlin by 28 points. Though he has never won a summer race at Daytona, Hamlin’s mastery of the 2.5-mile track includes three Daytona 500 victories.

Larson can clinch the regular-season title by scoring 32 points in Saturday’s race, but in 14 Cup starts at Daytona, he has never claimed a top 5 and has posted an average finish of 21.1. Hamlin, on the other hand, has 11 top 5s in 31 starts, including the three Daytona 500 wins, and boasts an average finish of 16.0.

“We seem to put ourselves in contention each and every year at Daytona, so we always look forward to racing there. And because my playoff spot is clinched, I can go on offense. I’ve got nothing to lose.”

Michael McDowell, winner of the 2021 Daytona 500, has something on the line, too, even though he punched his ticket to the playoffs long ago. McDowell can become the sixth different driver to sweep the two Daytona Cup races in the same season. Last to do so was Jimmie Johnson in 2013.

In sharp contrast to the NASCAR Cup Series, where 15 of 16 playoff spots have been filled, only five drivers have clinched berths in the NASCAR Xfinity Series postseason.

Emblematic of the wide-open nature of the series, only Daniel Hemric, who has scored the fourth-most points this year, controls his own destiny via points margin entering Friday’s race. Currently 264 points above the cut line, the driver of the No. 18 Joe Gibbs Racing Toyota can clinch a spot by scoring 44 points at Daytona. No other driver has a guaranteed clinch scenario, other than by winning the race.

“You know that anything can happen when you go to Daytona or Talladega,” said Hemric, who is seeking his first NASCAR national series victory. “You just have to try to put yourself in the best position possible and hope that you’re in the right place at the right time and able to capitalize on runs and not get caught up in the big wrecks when they happen.

“We’ll definitely try to work with our teammates as much as we can and try to get all four of our Supras up front. That’s always the plan going in, but these races tend to get pretty wild, especially at the end of the stages and ultimately at the checkered flag. So we’ll give it our best shot and see what we can do.”

With four races left in the Xfinity Series regular season, at least three playoff spots will be determined by points. Riley Herbst currently occupies the 12th and final playoff-eligible position by 41 points over Michael Annett, who has been sidelined for four races because of a stress fracture in his right femur and subsequent surgery to repair it.

Series leader Cindric, a five-time winner this season, can become only the second driver to sweep both Xfinity races at Daytona in the same season. The only driver to accomplish the feat so far is NASCAR Hall of Famer Dale Earnhardt Jr. in 2003.