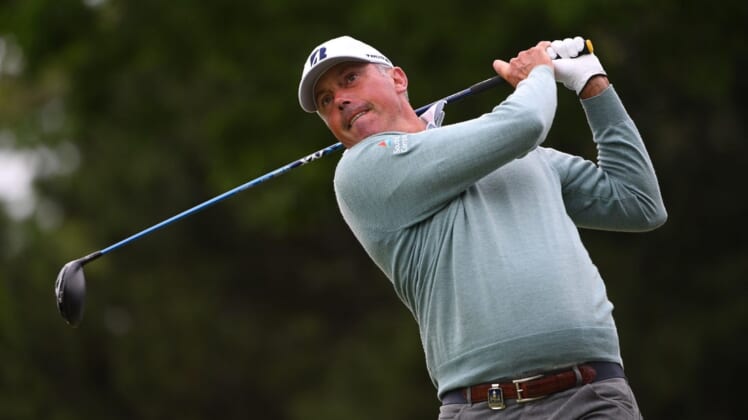 Golf Canada said in a news release Friday that Webb Simpson and Matt Kuchar withdrew from the RBC Canadian Open due to the country’s ongoing COVID-19 travel restrictions.

Simpson and Kuchar are sponsored by the Royal Bank of Canada and are expected to play in RBC-sponsored tournaments as part of their agreements. Canada requires all travelers entering the country to be vaccinated for COVID-19.

Next week’s tournament will be the first Canadian Open held since Rory McIlroy won in 2019. The event was not played in 2020 or 2021 due to the pandemic and related travel restrictions at the U.S.-Canada border.

Dustin Johnson and Graeme McDowell won’t be playing the Canadian Open for a different reason. The two former RBC ambassadors elected to play in the debut of the LIV Golf Invitational Series next week in London. RBC cut ties with both golfers as a result.

St. George’s Golf and Country Club in Toronto will host the Canadian Open for the first time since 2010, with the tournament set for June 9-12.