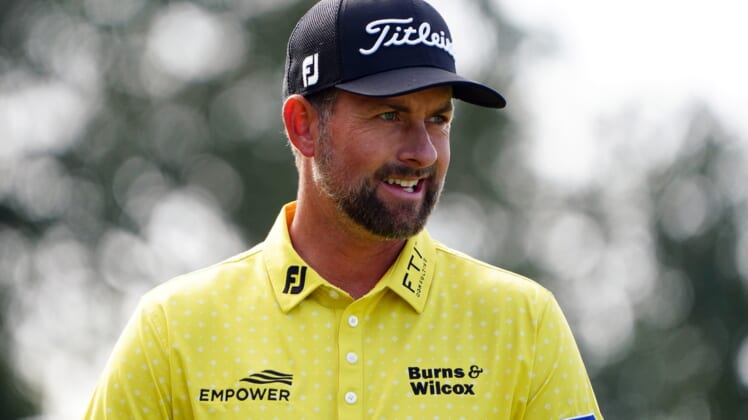 Webb Simpson is confident he’s on the verge of a rebound in 2022 after finishing with his lowest year-end world ranking in four years.

Simpson hasn’t won since the RBC Heritage in June 2020. It was his second win on the PGA Tour that season, adding to his title in Phoenix, and it elevated Simpson to a career-best fourth in the Official World Golf ranking.

He played well the remainder of the year and then kicked off 2021 with a tie for 17th at the Tournament of Champions and a tie for fourth at the Sony Open.

That would prove to be Simpson’s best finish of the year as he would go on to post only four more top-10s.

Simpson battled through COVID-19, missed the cut at the U.S. Open after a bout with the flu and suffered what he called a “fluke” neck injury in May that forced him to withdraw from the Wells Fargo and ultimately created problems in his golf swing.

“It was a letdown year I guess,” he said Tuesday. “I had a lot of sympathy for guys who have gone through injury because I had never gone through it, and it really messes with you for a while.”

After beginning the 2021-22 FedEx Cup season with a tie for 30th and a missed cut, Simpson sought out noted swing coach Butch Harmon for a lesson.

“I’ve missed out on the Tour Championship, Ryder Cup and Tournament of Champions, and those are my favorite events,” he said. “So I felt like I needed to putt into some extra work into the offseason, and it feels great.”

Simpson took a month off of competition to work on his swing changes and soon after this returned, he finished T14 at The CJ Cup, T8 at The RSM Classic and 17th at the Hero World Challenge. He still finished 2021 ranked 27th – his lowest year-ending rank since he was 43rd at the end of 2017 – but Simpson believes the fruits of his labor are about to be realized.

That could come as soon as this week at the Sony Open, where he is the second favorite at +1200 by DraftKings. He has three consecutive top-five finishes in the event and said Honolulu’s Waialae Country Club is “a golf course that I love.”

That’s the reason Simpson traveled all the way from his home in Charlotte to compete in the second leg of the Hawaii swing. He can get to The Open Championship in less time.

“This is really far from Charlotte, it’s really far. I realized that when I got off the plane in Phoenix, I’m not even halfway there,” he said. “I love it here. I have great memories here.

“And it is a golf course that if I put top five favorite courses for me and my game, this would be one of them: It’s short, it’s tight, we have doglegs, we have wind, I love bermuda greens.

“It’s a trip worth taking. Charlotte is freezing right now.”