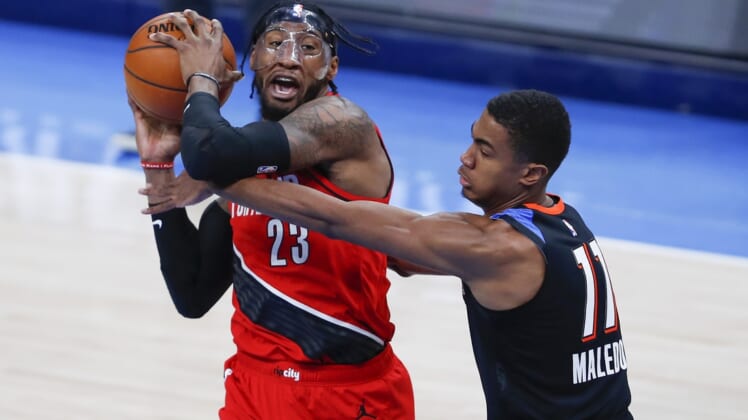 The Portland Trail Blazers were stranded overnight in Oklahoma City after playing the Thunder and were scrambling to make it to Wednesday night’s game in New Orleans against the Pelicans.

The Trail Blazers said Wednesday that the inclement weather led to the postponement of the flight. The team said it would depart Oklahoma City on Wednesday afternoon and proceed directly to the Smoothie King Center upon arrival in New Orleans.

Portland will be looking to stretch its season-long winning streak to six games.

The Thunder were reportedly facing a similar situation in which they team would land in Memphis and immediately head to FedExForum.

The Grizzlies announced Wednesday that no fans will be permitted in the arena due to the frigid weather conditions.