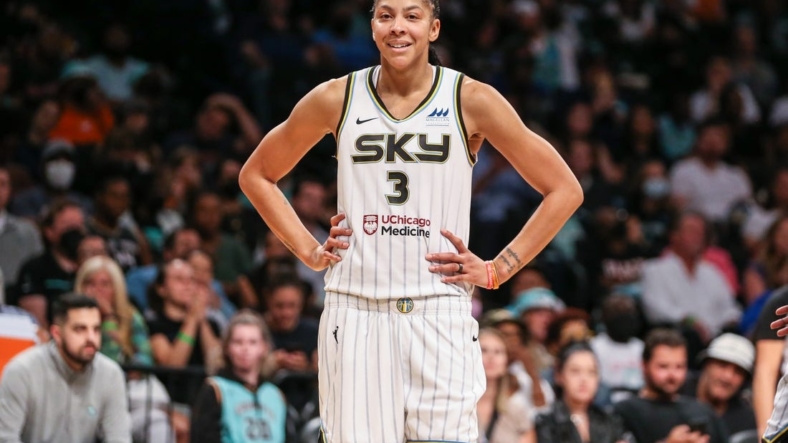 In Game 1 of the teams’ WNBA semifinal series on Sunday, Connecticut made a mess of Chicago’s free-flowing, high-scoring offense. The Sun limited the Sky to a season-low point total and just 35.3 percent field-goal shooting in a 68-63 victory.

The Sun will try for a 2-0 lead in the best-of-five series when it resumes Wednesday night in Chicago, with the defending league champion Sky needing a win to stay away from the brink of elimination.

The Sky also need Candace Parker’s teammates to help her. Parker tried to carry the team with a brilliant all-around performance in Game 1, finishing with 19 points, 18 rebounds, six blocked shots and five assists. That marked the first time in league history that a player amassed at least 15 points, 15 rebounds, five blocks and five assists in a game.

But no one else played well enough. Kahleah Copper and Emma Meesseman scored 13 and 10 points, respectively, but weren’t efficient. Courtney Vandersloot scored only five points after averaging nearly 12 per game during the regular season.

“We missed some bunnies, we missed a few chippers,” Chicago coach James Wade said. “A couple of times, we got out of pick and rolls and we had shots at the rim, but we didn’t make them. We’ve just got to make those shots.”

Connecticut didn’t shoot well, either, connecting on just 37.3 percent of its field-goal attempts, but it controlled the boards 47-36. The Sun allowed just seven offensive rebounds and sent the Sky to the foul line only nine times.