Other Ways to React to Ray Rice Scandal

Maybe there is a positive that can come out of this entire Ray Rice domestic abuse scandal and the NFL’s backwards reaction to it. How about we as a people move forward with a better understanding of domestic violence and the role it plays in American society?

Well a local CBS affiliate in Baltimore decided to do just that. And Sportsnaut thought it made sense to share its findings.

Local Baltimore resident, Bryan Bartlett, had this to say to to the Baltimore Sun about turning his daughter’s Rice jersey into a statement.

We were just trying to decide what to do with our kids’ Ray Rice jerseys as we really didn’t feel we wanted them to wear them anymore. Everyone we saw online was cutting them up or things like that. We tried to come up with something a bit more positive and fun. 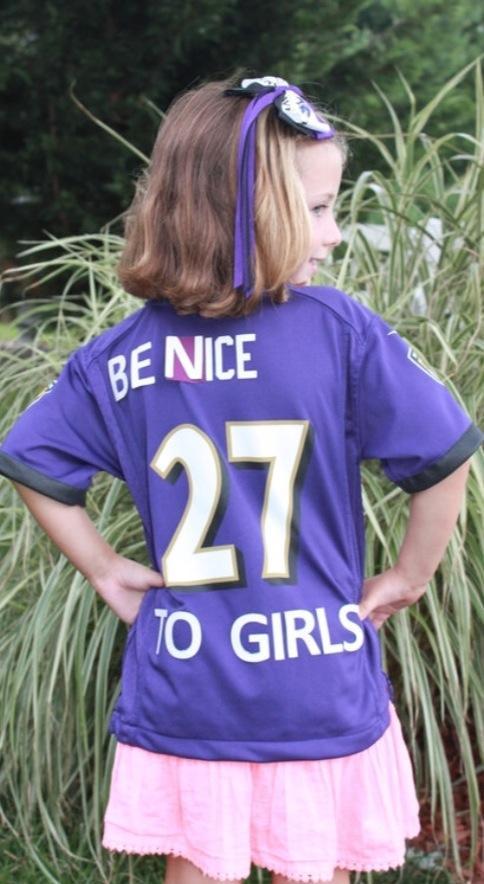 Free pizza and beer for everyone. Because, why not? (via CBS Baltimore).

A local pizza joint is offering free pizza. A bar offers a free tab. Just turn in a Ray Rice jersey. Some are saying that they’ll make donations to the House of Ruth Maryland, a home for battered women and children, for each jersey they receive all while joking, “These jerseys will save us money on toilet paper this week.”

What could possibly go wrong with a free tab at a bar? At the very least, it’s a way to show that you don’t support Rice and his actions. I can’t imagine any Ravens fans, who just so happen to be parents, sporting a Rice jersey from here on out. That wouldn’t necessarily send a good message to their children.

Again, it’s all about putting domestic violence on the front burner. And if that means using pizza and beer as a vehicle, so be it.

Now this makes some sense. As the Baltimore Ravens and the entire NFL attempt to wash themselves of Ray Rice completely, fans are taking the streets and burning his jerseys. While not quite on the same level as doctoring them up like the gentleman mentioned above, this does send somewhat of a message. Too bad Rice already received the residuals for you buying his jersey. Maybe as a first sign of rehabilitation, Rice should offer these proceedings up to the countless domestic abuse shelters in the United States.

In reality, the best way to force change and create somewhat of a positive (if at all posible) out of this situation, would be to take a step back from social media and the Internet to actually do some good. This could be done by educating the masses on the societal problem that domestic violence has become. This could be done by donating money to various charities. This could also be done by donating time and energy to help us start to overcome what has been a disastrous situation as it relates to domestic violence in the United States.

Instead of directing our ire at Roger Goodell or Ray Rice, maybe make a difference in the streets.

CBS Baltimore linked the House of Ruth in Maryland.

Here is one option to get you started.