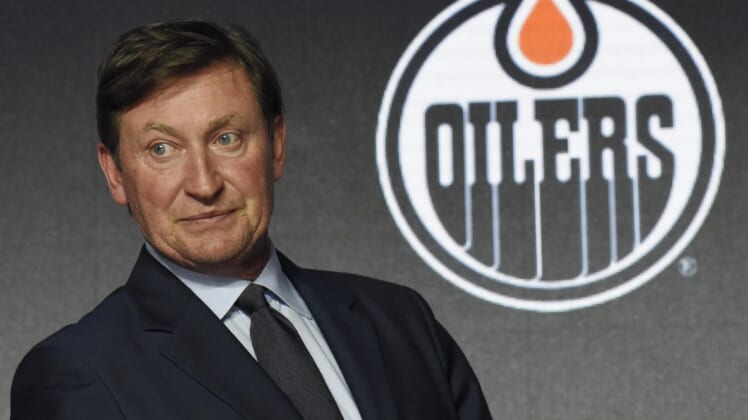 You can’t talk hockey greats without mentioning the Great One, that being Wayne Gretzky. Now one lucky buyer has the distinction of owning Gretzky’s final jersey he wore with the Edmonton Oilers in the 1988 Stanley Cup finals vs the Boston Bruins.

According to Dan Hajducky of ESPN, Gretzky’s jersey sold for $1.452 million through Grey Flannel Auctions on June 5. It is the highest amount any hockey jersey has ever sold for, breaking the previous $1.3 million record set when Paul Henderson’s 1972 Summit Series jersey sold in March of 2012.

Gretzky’s final Oilers game was memorable for many reasons

What makes this jersey so special? For one, it’s Wayne Gretzky. Two, it was the last time Gretzky won the Stanley Cup, capping off an incredible run in which his Oilers won four trophies in five seasons.

But the final game was very unique, and unforgettable for those who were able to witness it.

With the Oilers leading a best-of-seven series, three wins to none, the power at Boston Garden went out in the second period as the Oilers were all tied up with the Boston Bruins at three goals a piece.

The NHL decided to call the game at that point, replaying it from scratch, only two days later.

This time around, the Oilers won convincingly 6-3, to give Gretzky his final Stanley Cup win.

Of course, in celebration of the victory, Gretzky and his jersey became covered in champagne, adding to the many scuffs and marks that developed while playing in the hockey game.

Gretzky took home the Conn Smythe trophy, awarded to the MVP of the Stanley Cup playoffs for his performance. Unfortunately, it was the final time Gretzky would ever put his No. 99 Oilers jersey as a player. He was traded to the Los Angeles Kings less than three months later and never won another Stanley Cup.