WATCH: Zion Williamson scores first points for Pelicans with And-1 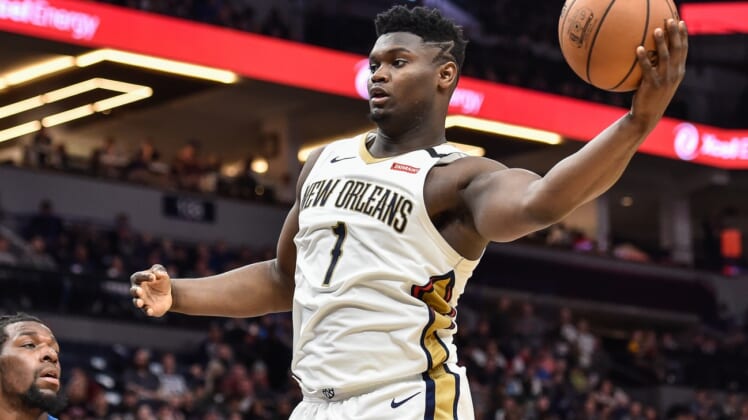 New Orleans Pelicans star rookie forward Zion Williamson was questionable heading into Thursday’s game against the Utah Jazz. He had been away from the Orlando bubble for more than a week tending to a family emergency before returning late last week.

Williamson was cleared from COVID-19 quarantine just a couple days ago. Though, he was in the Pelicans’ lineup against Utah after a four-plus month hiatus in NBA action.

Like clockwork, Williamson scored the Pelicans’ first bucket of the season with an And-1 following a strong drive to the rim.

It looks like the work stoppage has not impacted Williamson’s ability to dominate with both athleticism and brute strength.

Remember, the rookie No. 1 pick was averaging 23.6 points on 59% shooting from the field when the season was suspended back on March 11.