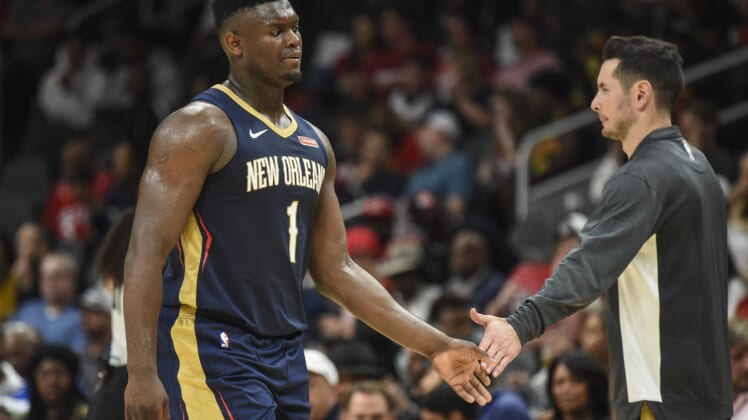 There are blocked shots, and then there’s what Zion Williamson did to Malik Beasley on Friday night as the New Orleans Pelicans hosted the Denver Nuggets.

Check out the elevation by Williamson, who did not hold anything back as he swatted this ball into next week.

We just hope nobody was hurt up there in the stands. That ball was sent backward in a hurry.

Williamson has been nothing short of amazing since his record-setting debut Wednesday night.

Earlier during Friday night’s game, he also wowed the crowd with a sweet alley-oop — the first of his NBA career.