Zion Williamson savagely poked in the eye against FSU (video) 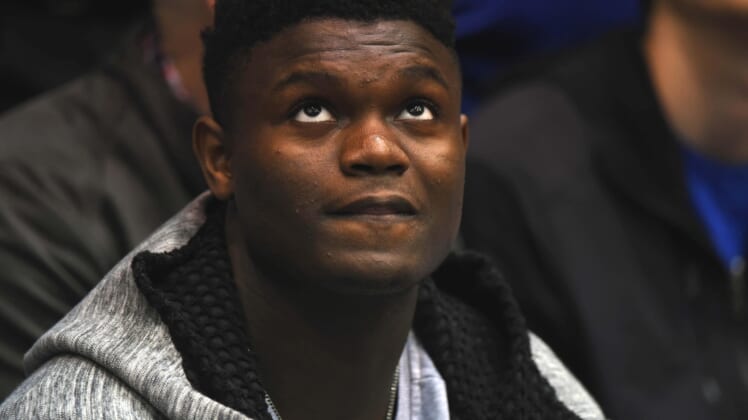 During the huge game Saturday afternoon between Duke and Florida State, freshman superstar Zion Williamson had to exit the game after being poked in the eye.

It wasn’t a mild poke, either, as a defender really got his finger into the socket.

Zion Williamson POKED in the EYE ??? this the ONLY way to stop him ? pic.twitter.com/3RnzHGQhRZ

As Williamson lay on the ground in pain, the Seminoles drilled a three-pointer to pull to within two points, and then as he sat on the bench watching they went up by a a point at halftime.

Before exiting the game, Williamson had been playing well with 11 points, eight rebounds, and two assists, including this gem.

Zion with the vision ? pic.twitter.com/hrR2Qdn3LH