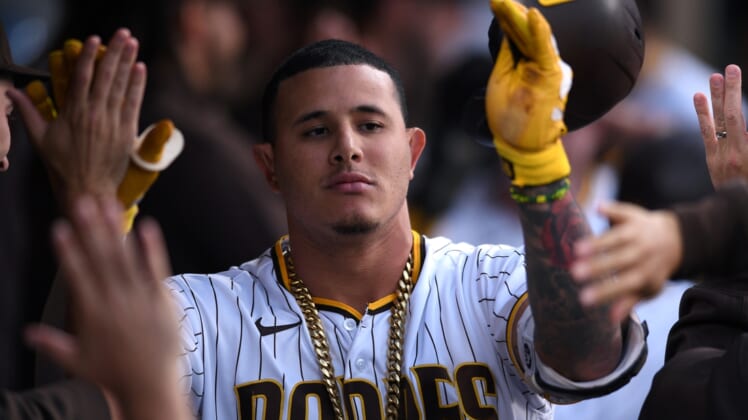 Yu Darvish earned a piece of strikeout history and Manny Machado and Jake Cronenworth each had a homer and three RBIs as the host San Diego Padres defeated the Los Angeles Dodgers 6-2 on Monday.

Darvish, who gave up one run in six innings, reached the 1,500-strikeout plateau for his career, achieving the milestone quicker than any other pitcher in major League history. He got there in 197 games and in 1,216 1/3 innings when he struck out Steven Souza Jr. for his 11th and final strikeout of the night.

Darvish (7-2) allowed a run on two hits and a walk while improving to 2-1 against the Dodgers this season.

The Padres posted their fifth straight win and boosted their record against Los Angeles to 5-3 this season.

Tommy Pham opened the bottom of the first with his fifth double in three games. After Fernando Tatis Jr. drew a walk, Cronenworth doubled home Pham. Machado followed with a three-run homer to left-center, his 11th long ball of the season.

Tatis opened the fifth with a double and Cronenworth followed with his ninth homer of the season and third in six games. The blast prompted the Dodgers to pull Urias, who gave up six runs on six hits and four walks in four-plus innings. He struck out five.

Both Machado and Cronenworth have hit safely in seven straight games.

Will Smith homered off Craig Stammen with two out in the eighth for the Dodgers’ final run. The home runs were the ninth for both Betts and Smith.

Five Padres pitchers combined on a three-hitter with 16 strikeouts and three walks.