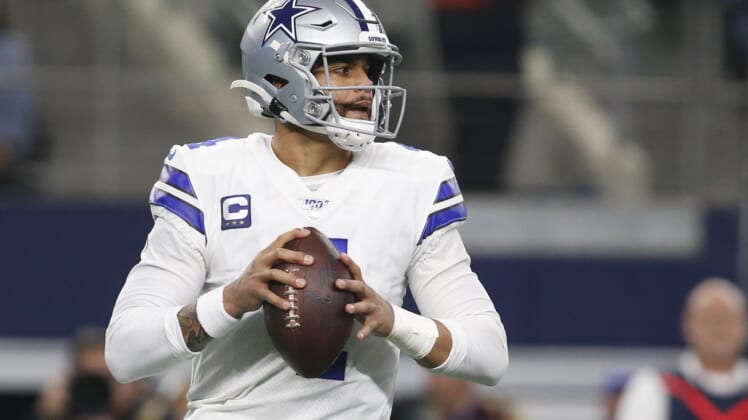 Ever since Dallas Cowboys quarterback Dak Prescott took the sports world by storm with his hip thrust routine, it’s caught on across the country as a dance. While there have been some incredible impressions this season, none was better than this one by a young Cowboys fan.

The fan caught the eye of the cameras before the Cowboys’ Thursday Night Football game against the Chicago Bears. Fittingly, his dance was matched up as Prescott performed his special workout on the field.

While San Francisco 49ers quarterback Jimmy Garoppolo and Cowboys running back Ezekiel Elliott did a nice job emulating the moves, neither comes close to this young fan’s adorable dance on Thursday.