Yermin Mercedes went 2-for-4 with a homer and three RBIs, and the Chicago White Sox pulled away for a 5-1 win over the visiting Baltimore Orioles on Thursday night.

Billy Hamilton and Jose Abreu added one RBI apiece for Chicago, which won for the third time in the past four games. The White Sox improved to 17-9 at home.

Freddy Galvis homered to lead the Orioles at the plate. Baltimore lost its 10th game in a row.

White Sox right-hander Dylan Cease (3-1) allowed one run on four hits in six innings. He walked two and struck out 10 to pick up his first victory since May 4 against the Cincinnati Reds.

Orioles right-hander Dillon Tate (0-2) gave up one run on one hit in two-thirds of an inning to take the loss. Tate followed starter Bruce Zimmermann, who allowed one run on six hits in five innings, striking out six.

The White Sox grabbed a 1-0 lead in the bottom of the second. Mercedes swung on a 3-0 count and belted an inside pitch 427 feet down the left-field line for his seventh homer.

The Orioles pulled even at 1-1 on a solo homer by Galvis in the top of the fourth. After fouling off a pair of pitches, Galvis lined a shot just over the wall in right field for his seventh homer. 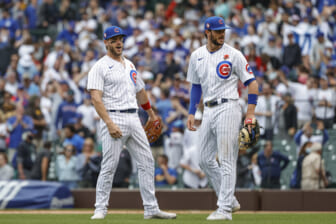 Chicago took a 2-1 lead in the sixth. The White Sox had two outs with nobody on when Andrew Vaughn singled to right-center field, advanced to second base on a walk by Leury Garcia and scored on Hamilton’s single to center field.

The White Sox added three runs in the seventh to pull ahead 5-1. Nick Madrigal hit a leadoff double to right field, Yoan Moncada drew a one-out walk, and Abreu doubled to left-center field to score Madrigal. In the next at-bat, Mercedes singled to center field to bring home Moncada and Abreu.

White Sox shortstop Tim Anderson sat out for the second game in a row. Manager Tony La Russa said Anderson had “a couple of sore spots” and should be back soon.