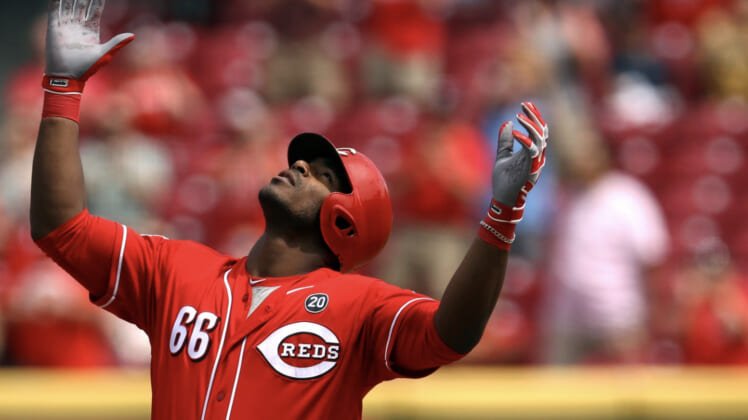 Puig launched a slider from Clayton Kershaw (who was making his first start of the season) over the centerfield wall for a two-run home run.

We really can’t be surprised that he did this. Puig has always had a flare for the dramatic. Nobody knows that better than the Dodgers.