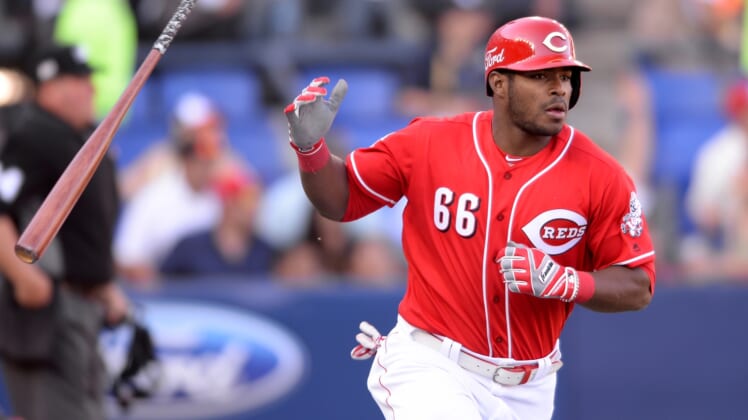 Yasiel Puig is nearly one month into his career with the Cincinnati Reds. And on Tuesday, the home fans got a good glimpse of what he can do.

In the bottom of the first inning of Tuesday night’s game against the Atlanta Braves, Puig launched a monstrous two-run homer that hit against the facing of the upper deck.

That’s everything that anyone will ever need to know about how strong Puig is. The Great American Ball Park is known as a hitter’s park. Even still, going into right-center field and still managing to reach the upper deck is awfully impressive.

It was Puig’s third home run of the year and first in Cincinnati.