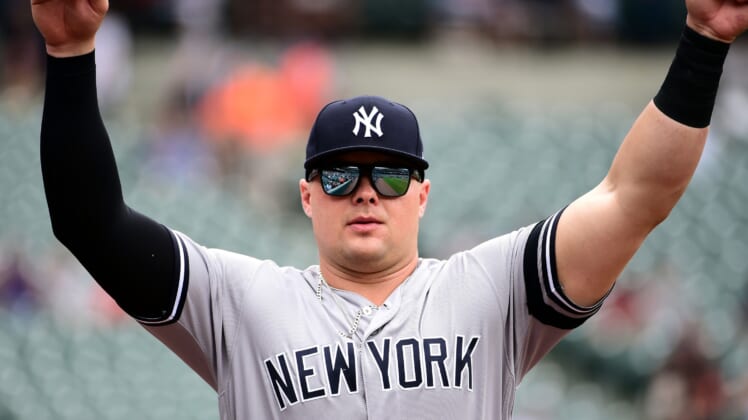 Even without Giancarlo Stanton and Aaron Judge in the lineup, the New York Yankees are still capable of sending jaw-dropping home runs out of the stadium. First baseman Luke Voit proved it again on Saturday with a stunning 470-foot blast.

In the seventh inning of a tie game against the Kansas City Royals, Voit saw a slider come in and turned it around with a 109 mph exit velocity and sent it soaring deep into the seats of Kauffman Stadium.

Voit’s two-run blast put New York back in front with a 5-3 lead and now gives him 13 home runs on the year.

The 28-year-old has been a huge part of New York’s stunning success through a flurry of injuries to many of its star players. Voit now carries a .519 slugging percentage this season and could hit 40 home runs if he keeps up his current pace.

Whenever Stanton and Judge return to this lineup, New York’s lineup will become even more dangerous and plenty of baseballs will be leaving the yard on a regular basis.