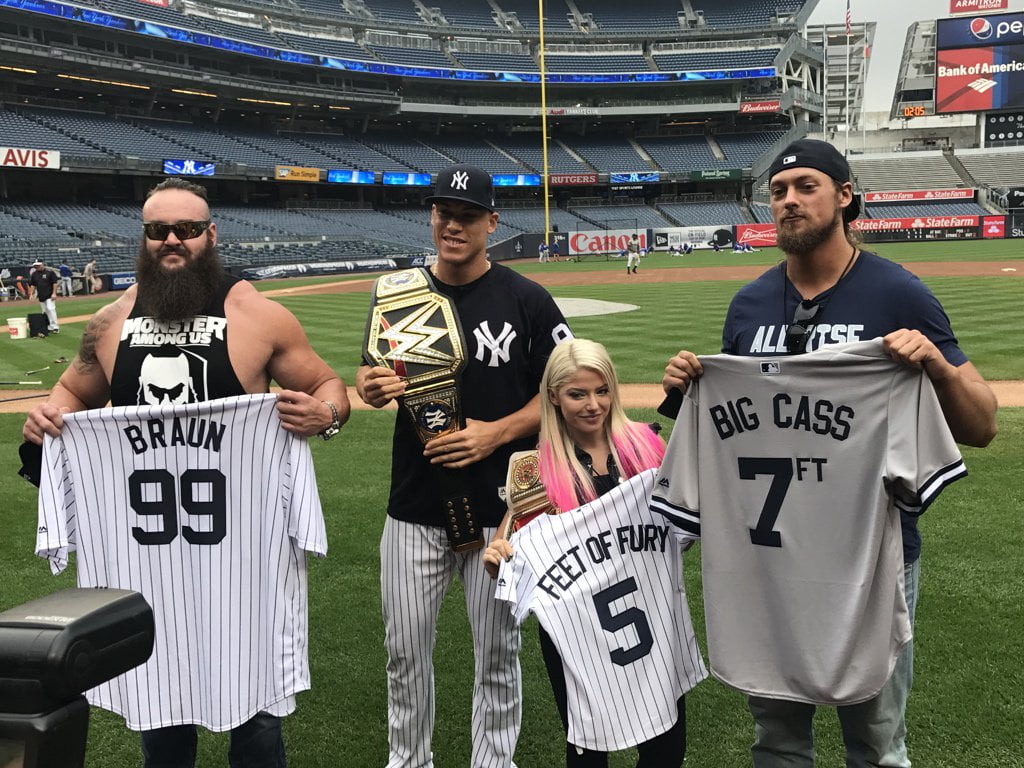 That’s a pretty sweet gift. And frankly, who would fault Judge for walking up to the plate with that thing wrapped around his waist? If you have that kind of bling, you have to show it off.

Looking at Judge standing next to Strowman and Big Cass — two monstrous men — we wonder if Judge might have a WWE career in line after baseball.