Van Aert, 26, picked up his second stage win (he also won Stage 11) in the 30.8-kilometer individual time trials from Libourne to Saint-Emilion, finishing in 35 minutes, 53 seconds.

“Winning the Tour de France time trial has been one of my biggest objectives in my career,” said Van Aert. “I was really focused on this day in the last couple of days and I’m so happy I could finish it off.”

The 108th edition of the Tour de France concludes on Sunday with the 21st stage, a 108.4-kilometer flat ride from Chatou to Paris Champs-Elysees. 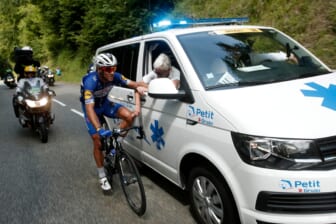