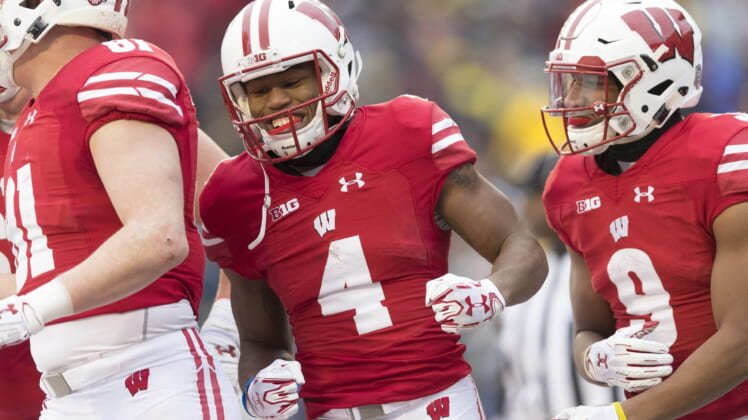 During the first quarter of Saturday’s game between Wisconsin and New Mexico, Badgers receiver A.J. Taylor made a remarkable play.

On third-and-6, Alex Hornibrook tossed it up to Taylor, who was streaking down the left sideline with a defender draped on his back. Then, as the cornerback held onto his left arm, he reached out with his right and hauled in the one-handed snag.

The @BadgerFootball WR hauls in the ridiculous one-hand snag, and it's a #BTNStandout presented by @AutoOwnersIns: pic.twitter.com/ugRW20Y4Pu

The 28-yard catch set up Wisconsin’s first points of the game, as a few plays later Rafael Gaglianone knocked in a 26-yard field goal.