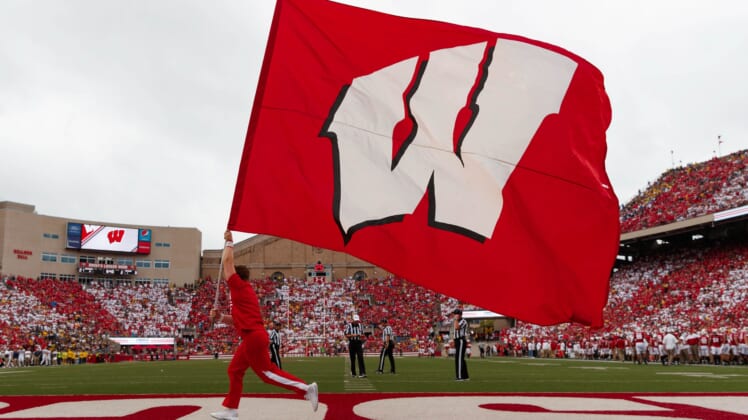 Even when two college football teams aren’t rivals, the intensity of the Rose Bowl can get the best of players. We saw that on Wednesday when Wisconsin Badgers running back Isaac Guerendo pulled an Allen Iverson by stepping over his opponent.

Guerendo tried to get around the edge on second down when Oregon Ducks linebacker Troy Dye blasted him out of bounds. While Dye was on the ground, Guerendo stood up and walked right over him.

Dye took exception, immediately taking a shot at Guerendo and then getting into his face. The senior could be heard on camera calling out the freshman running back for the disrespectful act and tempers quickly boiled over with players from both sides rushing over and shoving each other.

Fortunately, the refs were able to separate everyone rather quickly before things escalated further. This probably won’t be the last time we see these teams letting their emotions get the best of them after the whistle.