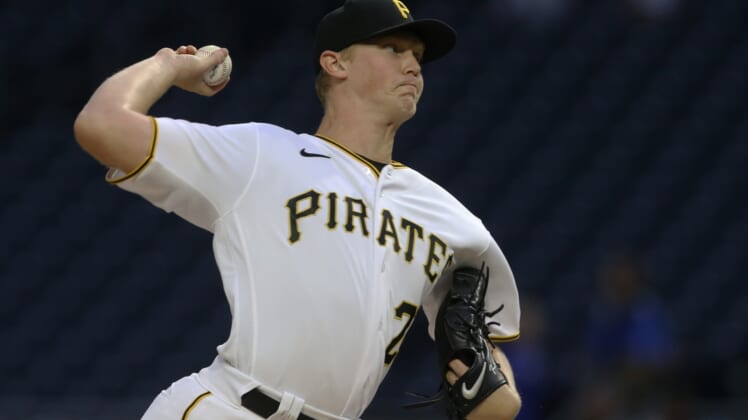 Wilmer Difo raced home from second base on a groundout in the ninth inning Wednesday as the Pittsburgh Pirates handed the visiting Cincinnati Reds their fourth straight loss, 5-4.

With one out against reliever Mychal Givens (3-3), Difo hit a pinch-hit, ground-rule double to left. The Reds intentionally walked Bryan Reynolds. Colin Moran grounded to first baseman Joey Votto, who tossed the ball to Givens to get Moran out. Givens spun and threw home, where Difo was safe.

Yoshi Tsutsugo had an RBI double and an RBI single while Reynolds contributed an RBI triple for the Pirates (54-91), who have won four of five.

Kyle Farmer homered and Mike Moustakas had an RBI single for the Reds (75-71).

The Reds took a 2-0 lead in the first. Jonathan India led off with a base hit, went to second on Max Schrock’s walk, to third on Nick Castellanos’ flyout to center, and scored on Votto’s groundout. Schrock scored on Moustakas’ single to shallow left.

In the third, Keller opened with a single but was forced out on Ke’Bryan Hayes’ grounder. Hayes stole second, then scored on Tsutsugo’s double to make it 2-1, with Tsutsugo going to third on Schrock’s fielding error in left.

Reynolds followed with a tying stand-up triple, and he scored on Colin Moran’s sacrifice fly for a 3-2 Pirates lead.

In the fourth, Pittsburgh’s Hoy Park walked, went to second on Keller’s sacrifice bunt and to third on Hayes’ groundout. That chased Gutierrez for Justin Wilson, who gave up Tsutsugo’s RBI single to center to increase the Pirates’ lead to 4-2.

The Reds sliced it to 4-3 in the seventh. Tucker Barnhart was hit by a pitch and advanced to third on Shogo Akiyama’s base hit. After Tyler Stephenson struck out, India got Barnhart home with a sacrifice fly.

Farmer tied it off reliever Sam Howard in the eighth with his 14th homer, to left.