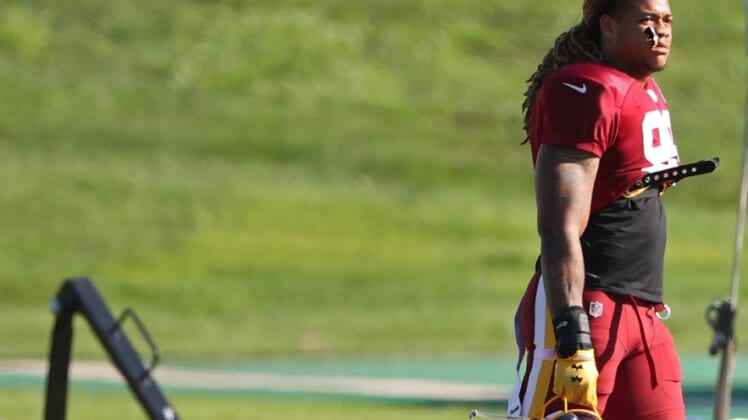 The Washington Football team has a keeper in that of rookie No. 2 overall pick Chase Young. The former Ohio State star is seen as a better pro prospect than former Buckeyes teammate and reigning NFL Defensive Rookie of the Year Nick Bosa.

While it remains to be seen if Young will live up to those expectations, the edge rusher is already out here dominating during training camp. Check out Young using offensive tackle Paul Allen like a rag doll during padded practice on Tuesday.

It might be practice against a lesser player. With that said, there was certainly some Reggie White on display in Maryland.

The Washington Football team is going to need more of this from Young as the organization attempts to move on from what has been an offseason defined by drama in the nation’s capital. So far, Young looks to be up to the task.