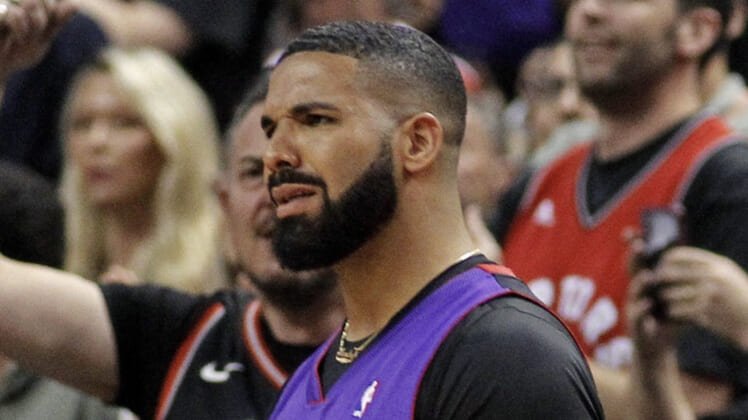 Hip-hop artist Drake has been among the most mentioned individuals of the 2019 NBA Finals between his Toronto Raptors and the Golden State Warriors.

Even with the series shifting to Oakland for Game 3, the Raptors’ biggest fan apparently is not out of the woods.

Just check out the troll job these Warriors did at Oracle Arena ahead of the all-important matchup Wednesday evening.

There’s absolutely nothing subtle about this. Golden State is out here playing Pusha T’s “The Story Of Adidon.”

It’s well known to be a diss track taking aim at Drake and was released late last month.

We’re expecting a bunch of A-list artists to be at the game Wednesday evening. That includes Pusha T and E-40. It would also not be a shock of the power couple of Beyoncé and Jay-Z showed up. Oh, and Metallica will be performing the National Anthem.

No word yet on Drake’s whereabouts. It’s possible he got lost on the way to the game.