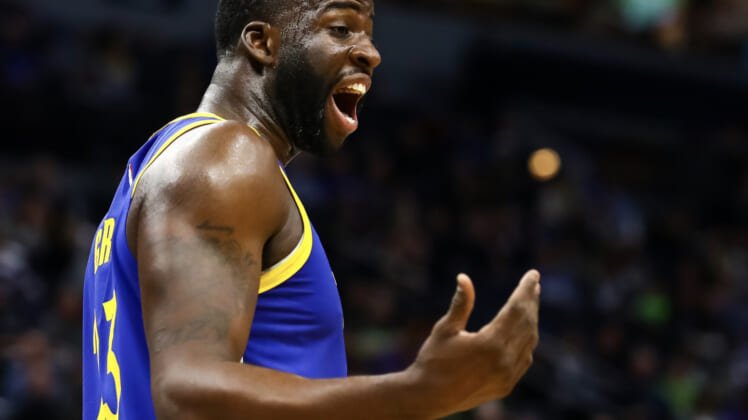 The tank is on for the Golden State Warriors, and All-Star forward Draymond Green is apparently going YOLO.

Taking on the Detroit Pistons Saturday night, Green was given a technical by one of the officials in San Francisco.

In typical Draymond fashion, the hot-head decided to mock the official by throwing up his own technical signal. He was tossed in the process.

A player that was once suspended for an NBA Finals game likely doesn’t care too much about an early-January game for a team that sits at 9-27 on the season.

Petty Draymond is the best Draymond. It’s been the case all season. He’s apparently just having fun with the tank in San Francisco.