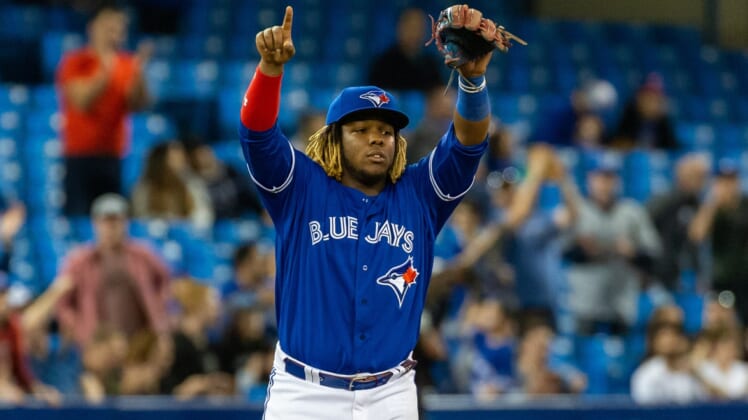 Toronto Blue Jays freshman sensation Vladimir Guerrero Jr. can hit the ball far and hard. We saw this on full display during the Home Run Derby.

The New York Yankees found that out first hand during Saturday’s game. Just check out this hit off Yankees reliever Chance Adams.

The ball was hit so hard that Vlad had to settle for a single. As noted, it had an exit velocity of 118.7 mph. That’s just insane stuff right there.

This kid is already a legend in the making. What he does to baseballs should be illegal in all 50 states and Puerto Rico.