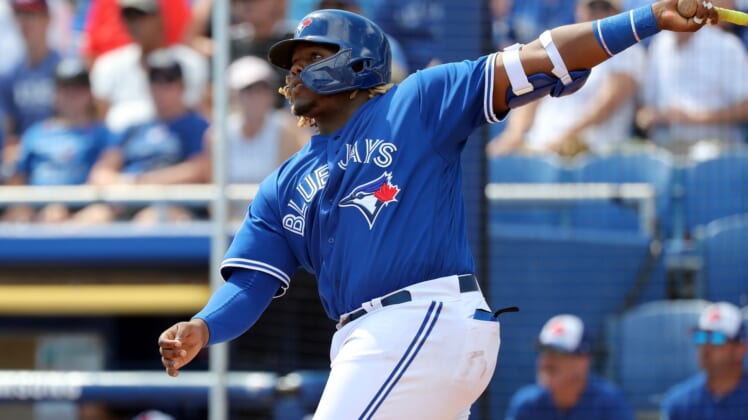 Top prospect Vladimir Guerrero Jr. has some awesome power. During a Triple-A game on Wednesday night, he showed that off again.

Guerrero hit a home run that not only left Pawtucket’s McCoy Stadium, but actually flew out of the camera’s sight.

Upon seeing this, we really hope that pitchers in the American League East put the Toronto Blue Jays front office, especially GM Ross Atkins, on their Christmas Card lists.

Guerrero continuing to be held down in the minors is only making their lives a lot easier.