WATCH: Vikings’ Stefon Diggs with catch of the NFL season 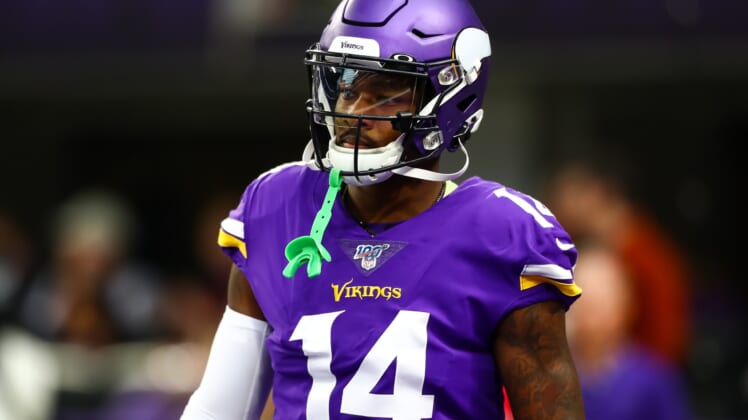 The Minnesota Vikings are having their way with the division-rival Detroit Lions on Sunday.

They opened up a 17-0 halftime lead with Kirk Cousins completing 17-of-20 passes for 182 yards and a score in the first two quarters.

Cousins was finding sweet music with top receiver Stefon Diggs, who might have put up the catch of the NFL season. Check out this 44-yard gain from the stud receiver.

There might have been a small push off from Diggs, but the catch was otherworldly. Talk about balance and concentration.

Very few receivers could come down with that catch. It’s something Diggs has been doing throughout his stellar career.